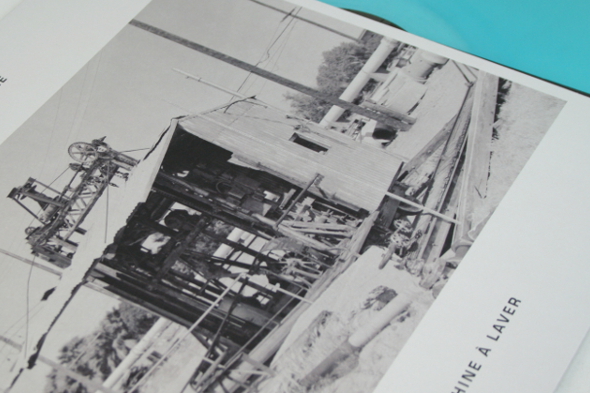 Strong albums from John Heckle, Akkord and Egyptrixx headed up a pre-Christmas onslaught of new records.

Every year we get fooled into thinking that the end of November should signal some kind of slowdown in the number of records being released, but in reality, it’s the time when everyone scrambles to get everything out, often upsetting everyone’s carefully planned end of year lists (ours included). This year’s wild cards were headed up by a pair of releases from John Heckle, with his Desolate Figures album on Tabernacle and the Baiyun Mountain EP on MOS Recordings both arriving this week. If you’re familiar with Heckle’s brand of raw acid infused techno you’ll know what to expect, but his craftsmanship has obviously come on leaps and bounds in the years since his debut LP. Todd Terje also chose this week to slip out his latest single with little fanfare. Both “Spiral” and “Q” are typical Terje with their combination of house, Balearic melodies and Nordic disco, but emphasising the trance-induing aspect of his sound rather than the pop.

However, Desolate Figures have to vie for our affections alongside the second album from Egyptrixx on Night Slugs, with A/B til Infinity arguably the producer’s best work to date. His music still has that syncopated, almost pop quality to it, but through a much darker lens than before – imagine what a grime album on Blackest Ever Black might sound like and you’re part way there. In a similar vein, but more of a club-focused album was Akkord’s self-titled debut on Houndstooth, which saw their bass-heavy hybrid of techno and dubstep spread across 11 tracks. These were nicely complemented by another team up between Mumdance & Logos, this time bringing their breathless combination of grime and jungle to Pinch’s Tectonic with the Legion single, and Visionist, who continues his domination of the contemporary grime scene with the excellent M single on Ramp Recordings.

Although the big news yesterday was the confirmation of a new album from Kenny Dixon Jr. it was his 3 Chairs collaborator Theo Parrish who took the spotlight this week, with his new Long Walk In Your Sun 12″ on Sound Signature. It’s a more mellow side to Theo than we’ve seen lately, with the title track featuring sort of mid-tempo production that would feature in a Floating Points set early doors at Plastic People, but it’s no less essential for it. Something considerably more uptempo could be found in 8 Track Cartridge, Bob Bhamra’s latest transmission as West Norwood Cassette Library. Described by Hypercolour as a “double pack of gems and nuggets,” this collection of archival cuts runs the full gamut of his production range with all the classic breaks, UKG-inspired rhythms and vintage jazz textures you’d expect from the producer, and at eight tracks, it’s practically a mini album. Meanwhile Legowelt heralded his forthcoming album for Crème Organization with the Crystal Cult 2080 Album Sampler, and DJ Jus Ed dropped I’m Comin’ on his Underground Quality label, which was made doubly essential thanks to the Aybee and Levon Vincent remixes contained within.

Perhaps the most eagerly anticipated record of the week (as far as we were concerned at least) was the third release on the Jealous God label from the one and only Silent Servant. The hypnotic synth line at the heart of “Lust Abandon” has all the hallmarks of a classic Silent Servant track, but the reconstruction from Diagonal boss Powell is equally brilliant, transforming it into a typically angular piece of no wave techno. Equally coveted was the return of Shawn O’ Sullivan to L.I.E.S. under his Vapauteen alias with a six track EP, which this time round sees him exploring with the slower, sludgy tempos of artists like Fishermen and Andy Stott, but creating something that still retains that manic energy of his more frenetic work. Dominick Fernow also returned as Vatican Shadow with When You Are Crawling, a swiftly issued collection of alternate versions and outtakes from his most recent LP. Rounding off an excellent week for dark electronics was the latest Blackest Ever Black release, which came from US duo Barnett + Coloccia. Formed of “treated vocals, tape-manipulated acoustic recordings and AM radio sounds” from Coloccia, and “loops, drum sounds and other rhythmic elements” from Barnett’s synth instruments, Retrieval is easily one of the most singular releases on BEB in some time, largely forsaking grizzled textures for plaintive pastoral melodies.

There was also a strong showing from techno’s more traditional axis, with Joey Anderson’s debut for Dekmantel ranking as on of this week’s strongest records. Capping off a landmark year, the Fall Off Face EP teases a debut album from Anderson on the Amsterdam label next year, and on the basis of the frazzled, pixelated synth of lead track “Repulsive” and the haunting quality of “Sky’s Blessings”, it should be something very special indeed. Similarly pulsating were the latest pair of tracks from analogue-loving Swedish pair Skudge, while Power Vacuum boss Bintus pushed his gear to the limits on his Live & Locked LP – check the face-melting acid of “Cylinder-Bop” for proof of his music’s raw power. Add to this the slamming ghetto house styles of DJ Ford Foster’s The Low Ceiling EP on the freshly minted Bad Mums club label, remixes of Function from Rrose, Vatican Shadow, Recondite and NSI on Ostgut Ton, and IVVVO’s rave-influenced Light Moving EP on Fourth Wave, and you have an exceptionally good week for techno.

This week’s experimental releases were headed up by the second in Morphine’s Charles Cohen retrospective, with two synthesised pieces of music for two dance performances making up the otherworldly Group Motion. The consistently brilliant Minimal Wave also dropped the latest pair of essential tracks from the archive of cult French act In Aeternam Vale; those who loved the proto Sandwell District sounds of “La Piscine” earlier this year must check Machine à Laver (pictured above) which contains two tracks made in 1990 that sound similarly ahead of their time. There was also a reissue on the same label of Irene & Mavis, the debut of the Blancmange duo Neil Arthur & Stephen Luscombe from 1980, with a sound that should be of great interest to fans of Cabaret Voltaire.

There was also EOLIAN INSTATE, the long-overdue return on patten – this time on Warp Records – with the producer providing a dense EP of scuzzy melodies and disjointed rhythms boding well for a future album on the veteran UK label, it was nicely contrasted by the Outer Alsatian EP from WANDA GROUP, with this round of his skewed musique concrète coming with an uneasy serenity. Finally, the Emmplekz pairing of Mordant Music and Ekoplekz released Your Crate Has Changed their second LP of spoken word and radiophonic interference this year, making a strong case for the pair being the most interesting collaboration of the year.