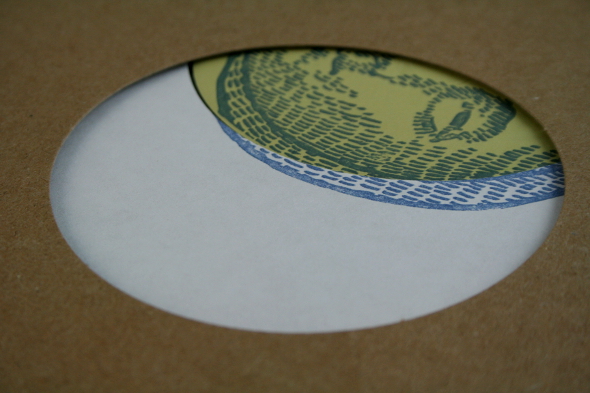 If you’re losing track of how to categorize Mister Saturday Night releases these days, glance at the moon-face that adorns their sleeves for a reminder: it’s night-time music. Getting any more specific about Eamon Harkin and Justin Carter’s New York outlet for all modes of dance music is tricky though. The duo revealed in a recent interview that there’s some joy in secrecy regarding release schedules, and their last several projects have volleyed unpredictably across the dance spectrum, making them a tough label to pigeonhole with a certain catchphrase as we music journalists so love to do. There’s the remarkably pensive house tones of Dark Sky’s In Brackets EP, the nihilistic drum-machine rigour of Hank Jackson’s Deposit release, and Lumigraph’s Yacht Cruiser EP, which eschewed the luxurious aesthetic that its title suggested with rhythms evoking broken glass, hot asphalt and sunburned necks.

The 8th Mister release comes from Irish producer Davin Conaty, and it’s rumbling with the lifeblood of an artist pulled in multiple directions by hot-blooded inspiration. Taking cues from ambient, techno, house, noise and also inspired quite a bit by organic instrumentation, Conaty’s made three cuts that do justice to every side of the label: Plenty of transfixing, patchy house grooves, a few moments of unexpected emotional tonality, and a few moments, that, once they click, will elicit a reaction of “well damn, never heard it done like that before.”

“The Idler” has the closest thing to a streamlined techno groove that the Mister camp has released this year, but organic sounds quickly work their way in at the edges – a catchy lone bongo beats out a buoyant rhythm while controlled little bursts of saxophone sounds create a perfect tension with the track’s industrial chug. It’s got the rollicking groove of a Motor City Drum Ensemble raw cut, but the second half of the track becomes subsumed by some gorgeous washed-out sparkling noises that mimic the opening of Talking Heads’ “Once in a Lifetime”. Eamon and Carter are self-professed fans of Sacremento dance punk noisesters !!! (Chk Chk Chk), and it’s quite possible that detecting the same interplay between organic funk freak out and tightly-controlled dance tool in Conaty’s tracks made them perk their ears up.

There are trace fragments of Danilo Plessow’s affinity for vintage Detroit sounds in “That’s Us”, which begins with the frenzied clanging noise of a turn-of-the-century train station.  Dissonant bells and disembodied voices somersaulting through the air give it just enough weighty emotion to qualify as the type of jam you throw on in your apartment while looking out at fresh-fallen snow, but that sentimentality is shortly demolished later on in the track, as stomping handclaps take over. Once again, it feels like Conaty is engaged in a tug of war between sentiments – and while it can be disorienting to figure out whether “That’s Us” is the type of track you reminisce to or dance to, that’s part of it’s allure.

“Valves” may be the track that doesn’t quite click after the first listen, but given some time, its status as a bonafide stomper slowly emerges. Something like those Windows 95 screensavers that overlay patterns of 3D pipes in nonsensically zigzagging patterns, Conaty opts for a similarly disorienting process here – layers and layers of percussion are tacked on top of each other in precarious rhythms that feel like they could splinter and fracture into chaos with the slightest provocation. Considering Conaty’s history playing drums in a punk band, this kinda brazen, piss-‘n-vinegar approach to percussion makes sense, and even though “Valves” doesn’t quite go through the transformative process that the other two cuts do, preferring to stick to its quietly hypnotic bassline and fuzzy patches of distortion, it’s still quite the pleasant ride.

While Boya’s first EP on Mister Saturday Night is likely the warmest, most inviting release since In Brackets, it’s interesting (and encouraging) to see Carter and Harkin are intent on pushing their audience into slightly murkier, more experimental waters with every offering. While they’re undoubtedly a label that can create their share of instantaneously catchy moments (Alex Burkat’s “The Shower Scene” ranks among my favourite dance tracks of 2013), Conaty’s EP demonstrates the value of obscuring those dancefloor elements in a deeper, weirder, less obvious format, and making you do a little bit of work to uncover them.