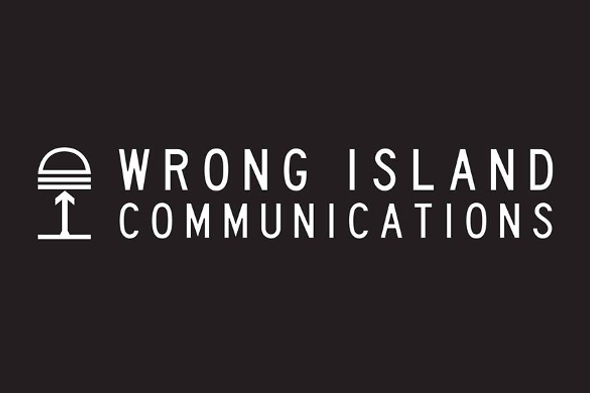 A concept heavy 12″ from Glaswegian producer Line Idle forms the basis of the third release from the Wrong Island Communications label.

Such is the regularity with which new labels are born, it takes that extra bit of effort to really get noticed. This is definitely the case with Wrong Island Communications, a London-based label that grew out of a long running Glasgow club night of the same name that has featured guests of the calibre of Max D and Pearson Sound. Overseen by a Glaswegian known to many as Teamy, the Wrong Island Communications label launched over the summer with a self-titled EP from M|O|O|N, an 18 year old producer called Stephen Gilarde who happens to be the nephew of a certain James Murphy.

Essentially a vinyl reissue of material that the Boston-based Gilarde had previously released digitally, the M|O|O|N EP demonstrated the label’s ear for talent, with M|O|O|N’s sound veering from Syclops in space to deranged punk funk that was arguably worthy of anything his famous uncle released on DFA in their pomp. It was the overall presentation of this inaugural release that left a real impression however, with a striking cover photo of Madison McKenna shot by Brooklyn-based photographer Drew Swantak and a printed insert that explained the motivations behind the label, their future plans and some ‘recommended communications’.

Next month sees the label return with Aleks Jurczyk at the helm; one half of the Wrong Island remix team, synth specialist at Rubadub in Glasgow, Jurczyk records under the name Line Idle and his two track 12″ The Silence Between Us presents two variations on the one track, made six years apart. In order to offer a better idea of what Wrong Island Communications is about we got in touch with label owner Teamy to ask him a few questions.

Like many labels in Glasgow seemingly, Wrong Island grew out of the club night of the same name. How long had you been thinking about going down this path?

Ages and ages. Maybe as long as five years. I seem to do things one of two ways: 100% spontaneously or intensely thought-out; thinking and re-thinking over the facets. It’s the reason I still read books & comics, play vinyl and even write letters. I’m not being deliberately Luddite, I just like things that take more time. You invest more in it so it’s worth more to you I guess.

I’d held held on to Wrong Island as a name for a club for at least six years before we actually started the night. There’s a little bit of nervousness or shyness involved in that process too though; I’m not particularly bold about the Big Ideas.

Your debut release was distinctive for many reasons; the artwork and the famous uncle of the producer responsible for the music. Could you detail how exactly you came to release some music from James Murphy’s nephew?

That sleeve is immense isn’t it? I didn’t want to do it at first as the cost of a sleeve makes a record either really expensive at retail or a bit of a risk – especially for a first release. But Stephen (M|O|O|N) wouldn’t back down and he was totally right. It changed the ‘mission statement’ of the label – as soon as I saw the first one, I thought, “Fuck…we have to make every record this good.”

I’d need to draw a diagram to properly explain how we came to do the record. Essentially, I used to work at Optimo and we put on the first Rapture show – James was the sound engineer. We traded vicious insults at an after-party which is the best way to make a new friend in Glasgow. Later we hung out at various LCD shows and in NYC and I got to know his family. Somewhere along the line, Stephen sent me stuff and here we are… 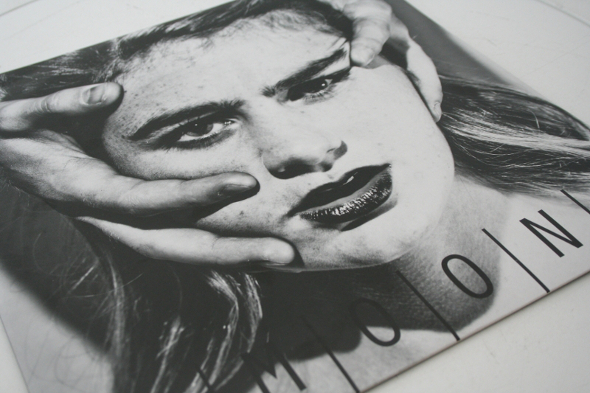 Continuing the DFA connection, it was made on some second hand hardware from The Juan Maclean too right?

Aye, I think Juan had an old desk and maybe some monitors that he gave to Stephen. None of us expected the results to be quite so good so quick. I talked to Marcus (Lambkin – Shit Robot) and both of us were furiously jealous that his first four tracks were all killer. Go re-listen to the M|O|O|N E.P. armed with the knowledge that it’s a 16 year old kid’s first attempts at making music and tell me you don’t want to find him and kick the little fucker in the balls. Lucky, talented sod.

Will there be more M|O|O|N material on the way? Maybe get his uncle to do a remix?

Aye, we’ve got two more EPs in the works, a remix EP and then we’ll see. There’s definitely some plans. Vague ones but plans nonetheless. Don’t think we’ll get a ‘DFA’ remix, no. Stephen rightly wants to be his own man – he’s really aware of the potential for nepotism and avoids it, sometimes infuriatingly so. Anyway, it’s hard enough to get a reply to an email from James, never mind a remix!

It seems like presentation is very integral to Wrong Island too?

Aye, I really don’t want to produce something unless the whole package feels right. With the second 12″, we were originally going to do a picture sleeve but the artist we were working with wasn’t 100% happy so we went with a plain sleeve and hand-stamp. The stark black and white really suits the two tracks, I think. I spent a long time (far too long to be honest) looking at different sleeve types – different grades of card, colours, etc – to get the right one. With a bit of hindsight the stamp wasn’t right; I sent 10 off to shops without a stamp and I think they look better.

How did you come up with the idea for those inserts?

There are loads of little threads that make up the fabric there: I’d been thinking about the Dixon Avenue Basement Jams’ inserts and there was missed potential to communicate with the people who bought the records in some way. I mean it wouldn’t work for Dan & Kenny; they’ve got their aesthetic nailed; but I thought it might be kinda fun to myth-build a bit; like the UR and Drexciya records did. Little hints and nods.

Another thread is that in comics, a lot of the single issues often have a letters page or authors notes at the back; you don’t get that with the collected editions so it’s sort of a reward to the true believers. I guess I wanted to have something extra with the vinyl that you wouldn’t get with the download. I’m not being dogmatic about vinyl as if it’s The True Way, I really want to stress that. But if you are going to spend £8-10 on a record then it should be appreciated.

Aleks (Jurczyk – Line Idle) has done two versions of the same track, with a six year gap between them. It’s really interesting to hear the difference in style and craft between the two. One’s young and tough and brash and the other’s more subtle and nuanced. The analogy I have used recently is it’s like the same event occurring six years apart and due to differences in age and experience, approaching the problem in a different way.

There’s more to it, loads of little coincidences and thought threads I won’t go into but I really feel like we’ve nailed it on this one. I’m really excited about it. Everything about it has tied in brilliantly. The music and the sleeve feel like they were made for each other.  One slight issue is that it’s quite a summery sounding track, maybe not quite right for mid-December. I have visions of hearing it at sunrise on a Croatian beach, not body-warmers and scarves in a warehouse in Peckham. Haha.

What plans do you have for the label going forward?

We’ve got a backlog of stuff between M|O|O|N, and stuff Aleks and I have done, both together and solo. I’d like to get to a point where we’re sticking out a record a month to try to clear that. We’ll see. I’ve also met a kindred spirit in Automatic Tasty and we’ve discussed putting some of his music out.  DJ and live sets are definitely the next step. See if we can start to get this hobby to self-sustain.

Wrong Island Communication will release The Silence Between Us by Line Idle in late January. 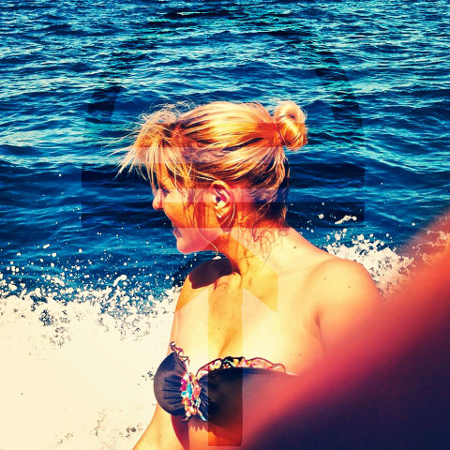