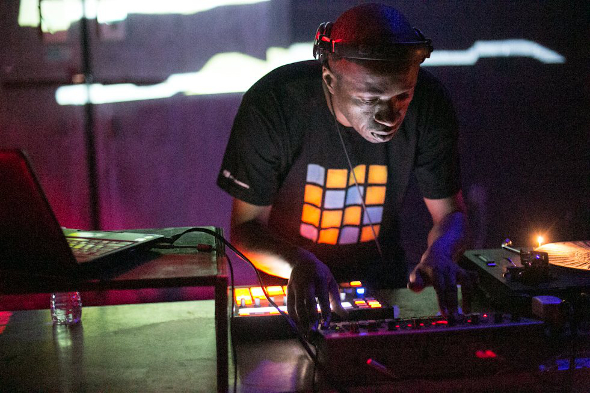 Unexpected news of new albums from Terrence Dixon are becoming a familiar occurrence; it was just over a year ago that the producer released From The Far Future Pt. 2 through Tresor with little in the way of prior fanfare. A carefully considered follow-up to From The Far Future, his debut album from 2000, From The Far Future Pt. 2 was regarded by many as one of last year’s finest and was the centre-piece of an uncharacteristically busy year for Dixon. Yet this creative streak has spilled through into 2013, with a new label Reduction founded to act as an outlet for his Population One material, records issued through labels such as Sino, Monique Musique and Polytone Recordings as well as remixes for Ghostly International, Syncrophone, Great Circles and Trus’me’s Prime Numbers.

Debuting back in March on Nick Dunton’s Surface label with the Lost At Sea 12″ has added to Dixon’s prolifiic calendar year, and it’s now been revealed the producer will sign off 2013 in style with the album Badge Of Honor due on the Surface LTD label next month. The fifteen track set was apparently over a year in the making and is described by the label as “raw, all-encompassing techno cuts alongside some choice left-field experiments”. It will be the first long player that either of Surface imprints have released, and by the looks of the tracklisting, Dixon has fully embraced Surface’s nautical aesthetic with titles such as “Ships In Fog”, “The Atlantic”, “Ocean To Sea” and “Radio Room”, while Surface continue their fascination with the navy by using cover art based around what looks to be a portrait of an esteemed submariner.