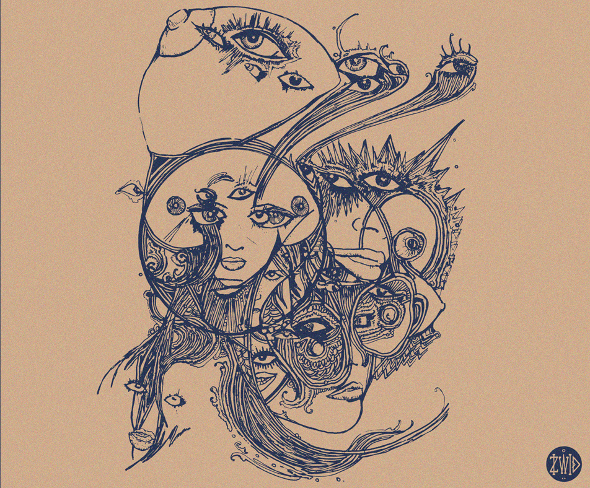 Sample some bugged out soul from the Los Angeles-based musician’s new release on Kutmah’s IZWID label.

The Lost Tapes Vol. 1 draws together material spanning some twelve years of unreleased four and eight track recordings from Houston-born Seven Davis Jr. “once lost in storage via a lengthy hiatus due to drug addiction and depression”. Plucked by Kutmah to appear on the Worldwide Family Vol 2 issued on Brownswood last year, Davis Jr. has subsequently self released material via Bandcamp and dropped a killer house-focused 12″ on Jay Simon’s Must Have Records.

Brandishing a rough and rugged mastery of drums and a truly soulful vocal, Seven Davis Jr has the capacity to cover a broad range of styles (a briefly uploaded cover version of Prince’s “Controversy” on his Soundcloud being a personal favourite). This much is more than evident on the newly issued collection of works for IZWID, with “Sorry” being a stand out track. The label has the following words from the musician about the release and you can check the rest on the IZWID Bandcamp:

“I made a lot of this music many years ago and other labels and artists hated on me for it. They said it was too weird, too different, sounded like drug music (it was) and they told me I was going to hell, for “Pornostar”. Years later; new life, new city, new day and age. I found the music again, which I never stopped loving and decided to send it all to Kutmah.”