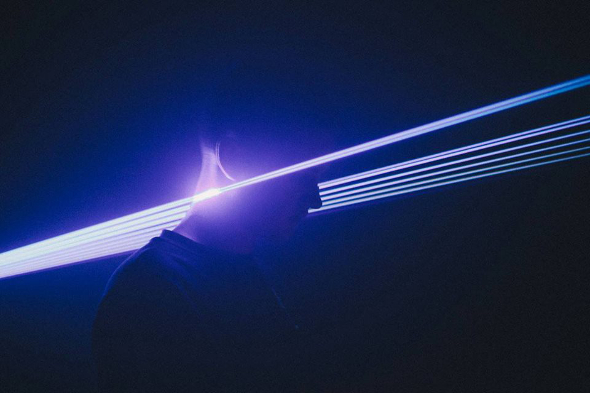 Listen to a track from the Tri Angle producer’s forthcoming Waterfall EP.

Music from the young Joshua Leary has been sporadic since he emerged on a wave of YouTube hype at the tail end of 2011, with only the Kings and Them mixtape and this year’s one-sided Duga-3 release on Record Store Day, but given he received a production credit on Kanye West’s Yeezus album this year his relative silence can be forgiven. It’s now been revealed Leary will return with some new material “in early 2014” in the shape of the Waterfall EP through Tri Angle Records. The four track release will see him continue to develop his otherworldly combination of hip hop-inspired beats and ethereal atmospheres; “Salt Carousel”, which can be heard below, offers the first taste of the new EP, which balances savage bass and frenetic trance riffs with sparse, more delicate moments.

Those wishing to see the producer ahead of the release would do well to get themselves to one of his “Trance Parties” in London and Manchester this weekend, which also feature like-minded artists Arca, Vessel, WANDA GROUP and Holy Other – more information on those here and here.