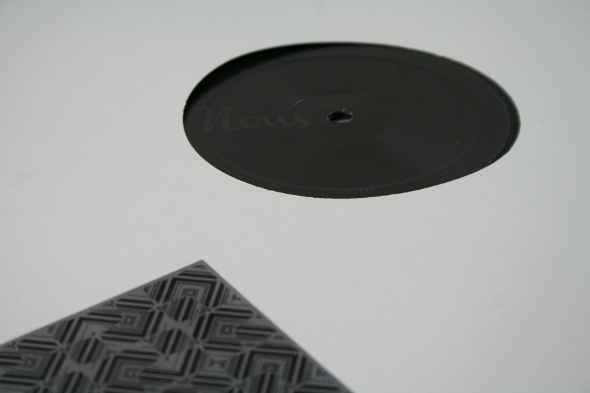 It’s been a rapid rise for Wes Gray as his music career finds its feet. That’s not to say the man is on a stadium-busting level just yet, but after his self-released debut got a wider push from Peoples Potential Unlimited he has been scoring recognition left right and centre. Perhaps what makes this relative drop in the musical ocean seem so seismic is that there is an inescapable boutique feeling to the music Gray creates. In the intimate, warbling tones of his synths and the roughshod fall of his beats a thousand forgotten gems are remembered, so rich is the nostalgia that is woven into his music. That’s far from an aspersion on the worth that Gray’s output has brought to the table thus far, as his skill is in creating those emotional responses while carving his own identity with plentiful panache. As such, to hear so many people championing his music seems at odds with the up close and personal tone he often transmits.

It also seems like early days for him to be launching a separate alias to branch out from the initial Moon B framework, but that’s just what he’s doing with this release for Nous, the label that last brought us the gold standard deep house styles from Miltiades. At this stage it feels as though the new pseudonym might not have been utterly essential as familiar woozy, cosmic tropes emanate from the three original tracks Gray has delivered to the Greek label, but ultimately such concerns are trite in the face of the sonics.

“About Freedom” kicks things off with a luscious confection of synths draped over considered drum machine beats, drawing on the devices Gray is making his name on to great effect. For his delicate and patient approach, there is never a dull moment as the track glides through different phases with a balletic poise. A pad hovers then drops here, the bassline pauses to catch its breath, or the beat has a momentary heart murmur, but always there is an organic throb to the machines and the language they speak. From the heavy-lidded chords to the space-age chimes everything is steeped in the beauty that arises somewhere between boogie’s soulfulness and techno’s optimism, completely indebted to sci-fi and laden with funk.

In truth, it’s hard to describe accompanying tracks “Winds” or “Intl” in any different terms as they whip up the same misty-eyed responses. The chord progressions are distinct and the bass-rich grooves fall in different configurations, but in essence Gray has his style here and he’s more than happy serving up exquisite variations on that theme. Route 8 and Retro:grade are on hand to serve up some different perspectives on “About Freedom” with their remixes, the former reaching to a more streamlined and sunnier headspace and the latter reveling in a melancholic broken groove and dream-like chord washes.

The remixes are undoubtedly proficient productions, but in many ways they serve to accentuate the particular charm that Gray elicits from his own approach. Where there is not too great a distance stylistically between all the tracks on the record, it’s that extra sparkle that emanates from the Vaib-R synths that makes for such noteworthy music. While he might be digging deep into his style right now, as long as that magic abounds there will be plenty more to enjoy from the emergent artist in the future.