Ttam Renat – On The Inner Plains 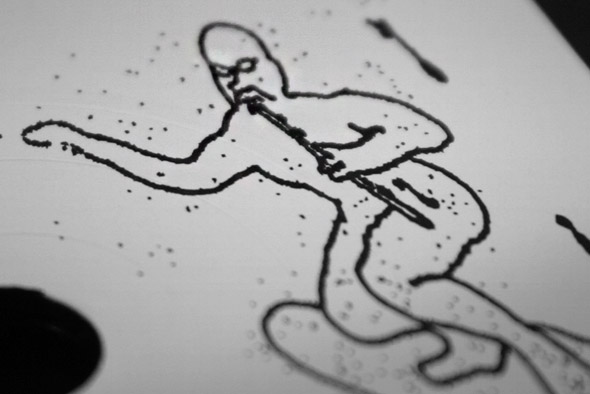 Vancouver collective Mood Hut first appeared on our radar this year thanks to that excellent Aquarian Foundation EP for Going Good. Further investigation revealed Mood Hut had been issuing cassette-only releases from previously unknown names such as Jack Jutson and Dream Carpets (quite possibly our favourite artist name of all time) as far back as a year. These decidedly curious cassettes explored an analogue-heavy sound that dreamily drifted between hazy new age revivalism, tropical soundscapes and mind-melting, multi-coloured ambience. This year has seen Mood Hut’s label operation expand into vinyl releases, with the two 12”s issued thus far from Cloudface and Aquarian Foundation steeped in the same sound as their cassette tapes.

The former’s Devonian Garden, a four-track voyage into otherworldly ambience and dewy-eyed analogue deep house, was particularly revelatory, leading to comparisons with another new age-minded imprint, Future Times. It’s arguably an apt comparison. Musically, the two share many traits, but it’s in attitude that the two outfits are perhaps most closely linked. While serious about their art, the way both labels project themselves is endearingly playful. There’s a definite sense of humour, too, though thankfully neither descends into “needlessly wacky”. It’s a tricky balance to achieve, but both Mood Hut and Future Times get it right, and it’s little surprise to hear that artists from the Vancouver collective are set to release music through the DC-based label.

This third release from Ttam Renat – another mystery man – further explores Mood Hut’s now established sound. Ostensibly dancefloor focused and blessed with rhythms to make the body move, On The Inner Plains nevertheless sounds like a record made for home listening; music to move the head as much as the feet. The Mood Hut 12” releases to date have all excelled in this department, and Renat’s contribution is no less impressive.

Opening track “Messages” is a real stand out, taking a ten minute voyage into otherworldly deep house that is in turns vividly colourful, unavoidably tropical, deliciously melodic and thrillingly deep. While it’s the intergalactic synths, touchy-feely pads and wide-eyed sounds (including that old new age house staple, the sampled tropical bird noise) that catch the ear, it’s the snappy drum machine percussion and acid house era bassline that propels the track forward. There are subtle shifts, builds and twists throughout, something that adds to the immersive experience. Mood Hut have described one of their previous releases as a “mind bath,” yet “Messages” is not so much a gentle soak for the senses as an intoxicating session in a hot tub. If Beautiful Swimmers, Larry Heard, the Burrell Brothers and New Age Dance ever got together to jam out a new composition, it would probably sound something like this.

The A-side is completed by an alternate take on “Messages”, subtitled “Perspectives”. It’s a sparser but no less beguiling rework, full of bubbling electronics, cascading melodies and skittish, top-heavy percussion. Stripped of the dreamy pads that envelop the original version, the bright-eyed beauty comes to the fore. It’s impressive. B-side opener “Thurian Retrograde” is, in some ways, a bolder statement of intent. There’s a strange shuffle to the beats, a kind of wonky, off-kilter throb that sits somewhere between regular 4/4 analogue house and deep broken beat. The combination of this unquestionably leftfield rhythm – albeit one including such classic drum machine staples as cowbells, handclaps and viciously sharp snares – and the fluid but jerky synth stabs makes the track particularly hallucinatory. It’s new age from a future age, beamed down from a planet where vintage hardware still dominates.

There’s a slight change of tack on “Merging (Hut Mix)”, the EP’s closing moment. Built around a hypnotic bongo pattern, relentless drum machine snares, ultra-deep chords and strange, undulating melodies, there’s a depth and dreaminess to proceedings that makes the whole thing weirdly addictive. This is eyes-closed music for the head, produced at a tempo to provide adventurous, out-there DJs with a deeper-than-deep alternative. In truth, there’s also a creeping darkness to the track, too, as if some pleasant dream is being interrupted by bleak thoughts. It’s an uneasy conclusion, but one that just enhances the EP’s intriguing, imaginative mood.