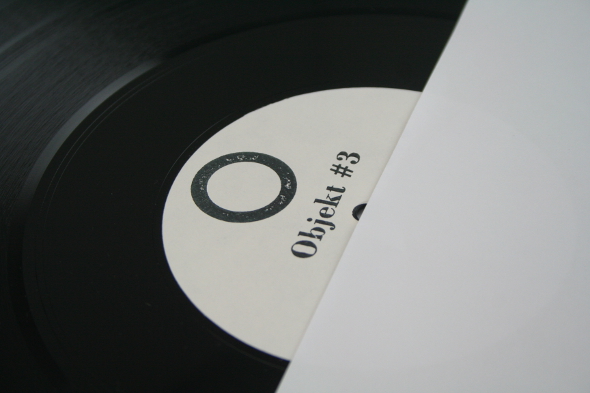 It’s been over two years since the last release in the Objekt white label series came out, but TJ Hertz hasn’t become any easier to pin down since then. You may have heard the warehouse-techno twitch of “CLK Recovery”, with its sporadic descending arpeggio patterns and tightly woven interplay between near-silence and chaos, and thought that Hertz had finally hit upon a definitive sound – but the Oxford-raised, Berlin-based producer’s next release on Hessle Audio was a sharp departure in style. Some months later in an interview, he revealed that the prickly, rippling wobbles of “Cactus” was originally conceptualized as a comedy song, an “ode to Rusko” of sorts.

The Cactus EP was accompanied by its own mystifying press release, seemingly ripped direct from Google Translate, proclaiming “the behavior is earnestly devoted to the basement”. Unsaid, but heavily implied was the idea that Hertz wasn’t too intent on being pigeonholed into genres, ideologies, or languages. Expect nothing. Likewise, if you’re looking for meaning in the press release for Objekt #3, it might be a better idea to look elsewhere. It reads like a gothic spam email, with lines like “his grandmother danced his vision to horrowshow beat… Richard has a gruesome demise of more than 20 contorting mess the limbs of his” nestling uncomfortably into one’s psyche. But confusing press release or no press release, this release is debatably Hertz’s strongest yet – torrentially unrelenting weirdo dance tracks that reject the “purist, techno 8 minute narrative” with fervour.

“Agnes Demise” is unsettling from its opening pulsations; a series of stuttering sped up oscillations that sound like a wheezing, rusty aircraft propeller. Incoherent radio transmissions buzz underneath the stop-and-go affair, which gains speed until the three minute mark, at which everything kicks out but a pummelling distorted kick drum and hellish twisted squealing distortion. Fraught with pandemonium, it’s the type of thing that might bring a frantic dance floor to a confused standstill. But, then again, that might be the whole point. Curious about Hertz’s process, I enquired about how the Objekt #3 sounds were produced. “The tracks were made on a mix of hardware and software but everything was finished on my computer” he told me over email. “I have a few drum machines I use for jamming out ideas initially but these recordings usually end up getting twisted beyond recognition with software; you wouldn’t necessary recognise where they came from.”

On the flip, “Fishbone” pulses with the raw energy of a sporadic MPC workout, and even though Hertz has stated that productions will go through between 40 to 80 versions before a finished version emerges, the final product sounds coherent and inspired at the same time. Despite Objekt’s constant tendency for revision and a self-professed short attention span, it’s hard to not listen to the way he wraps twists manic vocal tendrils around swirling effervescent space funk and think about how damn self-assured the whole production sounds.

The unifying theory between each release in the Objekt white label series? There doesn’t seem to be one. Instead, “Agnes Demise” and “Fishbone” are open-ended invitations to get lost in the ambiguities and liminality that makes unpredictability so exciting – the less ‘objektive’ Hertz is about pinning down any type of sound, the greater the dividends for the listener.

This review refers to the digital version of Objekt #3