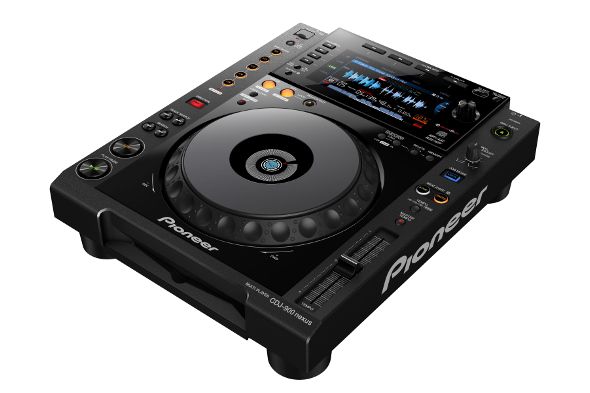 Fitting between Pioneer’s high-end CDJ-2000 Nexus and the more basic CDJ-850 and CDJ-350 players, the CDJ-900NXS sees its CDJ-900 model receive a long-overdue makeover. Bringing the model into line with the flagship CDJ-2000 Nexus player, the CDJ-900NXS has been updated with the ability to upload tracks to the player from a tablet or smartphone over Wi-Fi, with the aid of Pioneer’s Rekordbox software.

The player also features a host of other improvements over its predecessor. As well as a full colour LCD screen featuring track waveform display and zoom with the ability to edit Rekordbox beatgrids, a Beat Divide function been added, allowing DJs to divide each beat by the timing selected and roll beat chunks around for extra performance flair. Slip Mode and Slip Loop modes allow tracks and loops to play in the background while the player’s performance features are active, which also include Loop, Loop Cutter, Loop Edit and Active Loop modes. The player also inherits the CDJ-2000 Nexus model’s four-deck beat sync mode, which automatically sync the BPM of tracks to the master deck. Those wishing to see the CDJ-900NXS in action can do so via the video below.