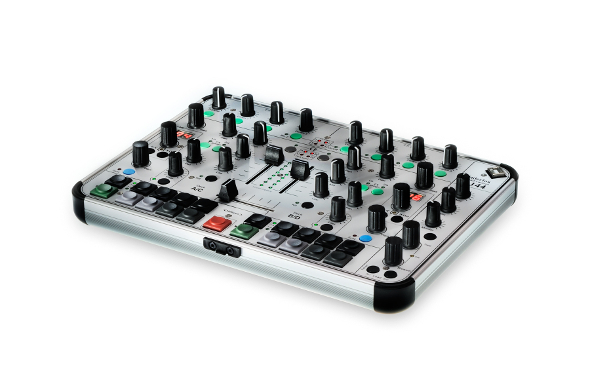 The new unit controls two virtual decks and comes inside its own hard-wearing aluminium case.

German manufacturers Faderfox are well known for making controllers with a functional beauty to them, coming up with a variety of bespoke control options for software such as Ableton Live and Traktor with the option to map them to other programs. Although the DJ44 controller isn’t quite as awe-inspiring as last year’s 4TrackTrigger controller designed in conjunction with Glanzmann Digital DJ Solutions, it is one of the more ruggedly housed controllers we’ve seen in recent years.

Coming with its own built-in aluminium case, the DJ44 is supposedly the first of a new line from the company called Solid Control. Occupying a compact footprint, the unit can be separated from its cover simply by clicking and removing it, and it features enough controls to make use of two decks inside the Traktor Pro software – with the option for a third and fourth to be switched to on the fly. There’s a multitude of effects to contend with too, with 21 button, 36 pots and rotaries going alongside LED bars for visual feedback. Although the controller is aimed at Traktor Pro/Duo users, Faderfox have confirmed it will ship with setup files for Ableton Live also, while those used to travelling light will be pleased to hear that the unit is fully powered by its USB bus interface.

The DJ44 is available now priced at €499 inc VAT. For full specifications and more information visit the Faderfox website. 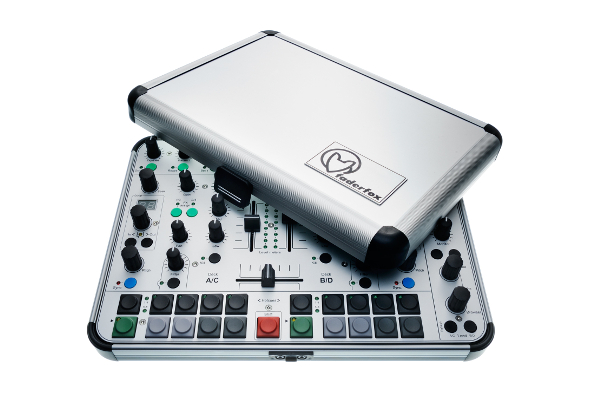