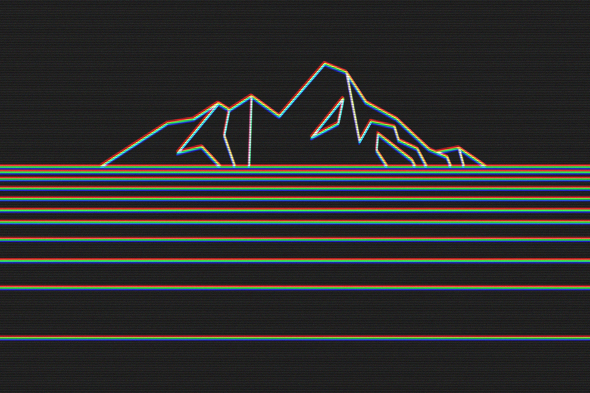 Though Ubre Blanca are a relatively new concern, those with a firm grasp of recent Glaswegian music history will be familiar with the project’s two protagonists Joel Stone and Andy Brown. The former was a founding member of the much missed art-punk troupe SHITDISCO who caused a notable racket with their clutch of releases on Fierce Panda between 2005-07 – remember “Disco Blood”? Brown meanwhile was drummer in Divorce, a similarly minded and recently disbanded group whose output surfaced on Merok, Optimo Music and Night School Records amongst others.

A new side to their respective musical palettes is shown with Ubre Blanca, seemingly named after a breed of Cuban cow, with their upcoming Polygon Mountain EP described by Clan Destine Records in simple terms as ‘horror synth jams’. As tasters go, “Bad Guy” sets the scene nicely and is given an added dimension by the live percussion from Brown.