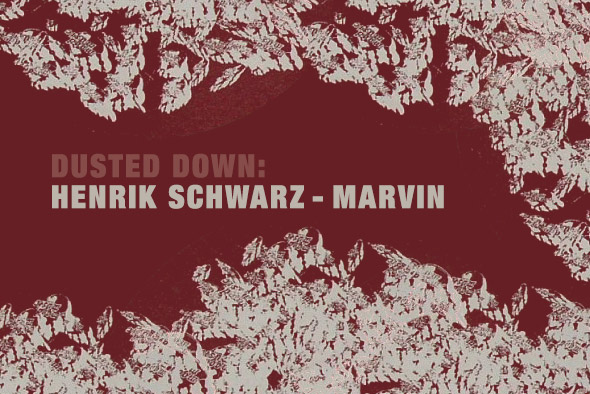 For the latest edition of Dusted Down, Matt Anniss winds back the clock to over a decade ago and the day he was struck by the debut release from a now-established name.

You know a record is special when you can remember exactly where you were, and what you were doing, when you first heard it. I had this experience first in 1992, when my world was turned upside down by hearing The Orb’s “Blue Room” being played in the Radio 1 top 40 countdown; it was so extraordinary, so unlike anything I’d heard before, it altered the course of my life. From that moment onwards, I spent most of my spare time discovering a whole new world of electronic music, from ambient and IDM to Detroit techno and Chicago house.

Ten years later, it happened again. This time, the effect wasn’t as earth-shattering – by then I’d grown up, gone to university and embarked on a career as a full-time dance music journalist, so I was a little harder to impress – but the feeling of excitement and bewilderment was the same. This time, I was in the Bristol record shop Eat The Beat. The shop’s owner James had passed me a large pile of new releases to check out. At the top of this pile was an unknown quantity; a 12″ from an artist I’d never heard of on an unfamiliar label. Henrik Schwarz’s “Marvin” on the German label Moodmusic.

I dropped the needle on to the A-side and waited. The familiar strains of Marvin Gaye’s “I Want You”, looped up and filtered to oblivion, began drifting through the headphones. As the groove developed, slowly and surely, I listened, mesmerized. Like that Orb record a decade earlier, it sounded like nothing I’d ever heard before.

To this day, it remains – to these ears, at least – Henrik Schwarz’s most remarkable work. It is a thing of beautiful simplicity. In essence, it’s a 13-minute exercise in groove. Each element is drenched in delay – a bongo here, an intoxicating electronic melody there, rising and falling jazz snares flitting in 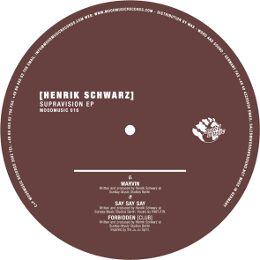 and out of the mix – and it sounds so deep, it could almost have been recorded in a cave, several miles below the surface of the Earth. Despite its duration, it never gets boring or tiresome; the shifts may be subtle, but they’re captivating, rush-inducing even. It is a record to get lost in, whether you’re listening on headphones, or in the dark corner of a bleak basement in Bristol or Berlin.

Even now, “Marvin” still sounds remarkable. It has far more in common with Rhythm & Sound and the German dub techno movement than traditional deep house, and its tempo – a chugging, head-nodding 100 BPM – was rarely seen in house at the time. In fact, it predated the whole “slow house” movement, and the similarly minded – if sonically different – early productions of Mark E such as delightful “Scared” on Jiscomusic, the wide-eyed “Deja-Vu” on Running Back, and the sublime “R&B Drunkie” on Golf Channel.

Since this debut release, Schwarz has of course gone on to greater glory, becoming an early advocate for the performance potential of Ableton Live, joining forces with the Innervisions crew and producing all manner of well-regarded deep house and tech-house cuts. A glimpse of his later style can be heard on the other side of the Supravision EP. Whereas A-side “Marvin” was ultra-deep, dubbed-out and other-worldly – perhaps one of the druggiest cuts of the period – B-sides “Say, Say, Say” and “Forbidden (Club Mix)” were pretty standard, techno-influenced deep house. Listening back, it’s not surprising that they were largely ignored at the time; compared to the stunning lead track, they’re pretty weak.

Schwarz briefly continued in a similar vein to “Marvin” with follow-up “Chicago” (2003), a similarly deep and loopy exercise, with a similarly vintage inspiration (in this instance, Roy Ayers’ “Chicago”). It was notably quicker (around 115 BPM, from memory) and ticked more dancefloor boxes, but it lacked the sheer shock value of its predecessor. It still sounds great, of course, but it’s no “Marvin”. Then again, what is?