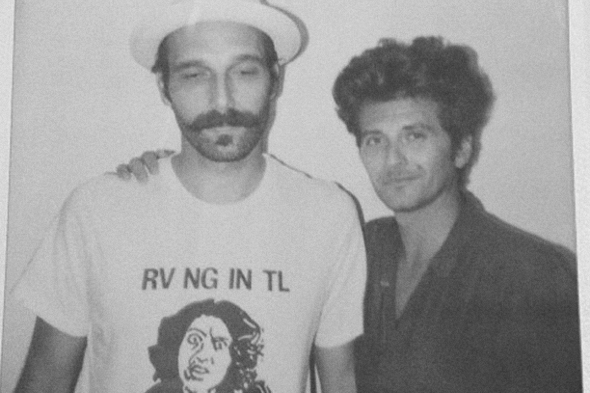 Brave weather beaten conditons in a video for the track from the Dukes of Chutney’s Beats In Space debut.

If you take a long walk through the ‘content farm’ on a daily basis, you might have noticed this week that Beats In Space have been engaging in a programme of visual propaganda for Domino, their newly released EP from the “brothers from other cosmic mothers” known as Dukes of Chutney. Each day a video to accompany one of the five tracks has surfaced in one designated corner of the internet and today the focus has shifted to this site and the weather beaten visuals for lead track “Smiling Cheshire”. Coming across like The Knife playing about with a vocoder, the insouciant “Smiling Cheshire” is probably one of the more accessible moments from the cosmic cads on Domino, however the video is resolutely bleak, extracting footage from the lengthy 1994 film Sátántangó by Hungarian director Béla Tarr – watch out for the winking owl!