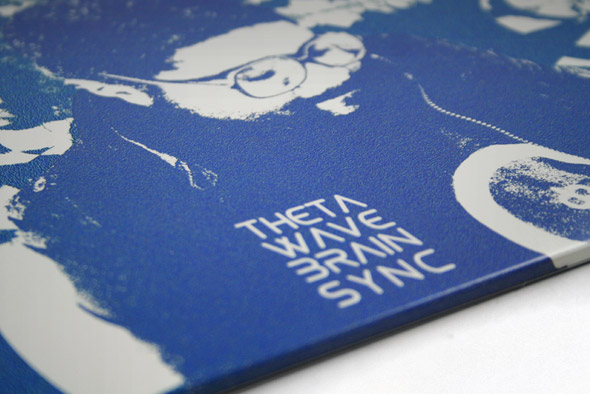 Who wants their music to be easily signposted all the time? As Aybee’s Deepblak label gets ever bolder in exploring paths less trodden in rhythmic electronic music, so Afrikan Sciences returns to deliver an inimitable concoction of spanners in the works, conjuring up a wonderfully disorientating sonic experience in the process. His previous long player set the tone for abstraction hovering on the fringes of house and techno, shot through with the kind of ethnically rooted beat instinct you might find in Brainfeeder’s Ras G. While there are plenty of producers that can work with polyrhythms and syncopation in their methodical arrangements, it’s a different beast to authentically channeling the lilt and roll of hand-drummed, multi-limbed percussion.

What makes the music of Eric Porter Douglass so exciting is that it combines this fractured, purposefully outré music with tangible musical elements that you simply wouldn’t expect to find in such a place. As a case in point, “As You Were Brother” finds its strength in the kind of string section you might find soundtracking a taut moment in a Hollywood thriller, except these strings are playing out a blues refrain which instantly repositions the instrument in an entirely different cultural context. Whether it’s a sample or played for the purposes of the track is unclear, and it hardly matters. It works as a most welcome surprise.

Elsewhere you can find searching proto-techno synth ramblings seasoning the slightly more focused roll of “Need Want Have”, while the jerky “Monseq Q” explicitly features a walking bass line most likely played by Douglass’ own hand (he is noted for having a proficiency in upright bass playing). Other tracks are more obscure in where their appeal stems from, harking back to that notion of ill-defined signposts. “Theta Wave Brain Sync” is simply a joy to behold, the steady flow of notes, chords and tones gelling into a harmonious positivity that spreads between the shuffling drum groove beautifully. “A Healthy Turnaround” glides into a limber breakbeat refrain populated with delicate licks of keys, achingly poignant in the way they’re played and an apt tonic to the nagging injections of percussion that come in search of a beat to dislodge.

The tricky rhythm that commences the album on “Sage Projection” somewhat encourages the listener to prepare for a bumpy ride through challenging terrain. However as that track alone demonstrates, and likewise throughout Theta Wave Brain Sync, the wild moments are offset by ineffable delicacy that arises in the most unexpected of ways. As such, it’s an album that boasts longevity, promising to yield new listening pleasures, approachable on first listen but with much yet to be revealed. That’s a rare trick to balance but Afrikan Sciences has done it admirably.