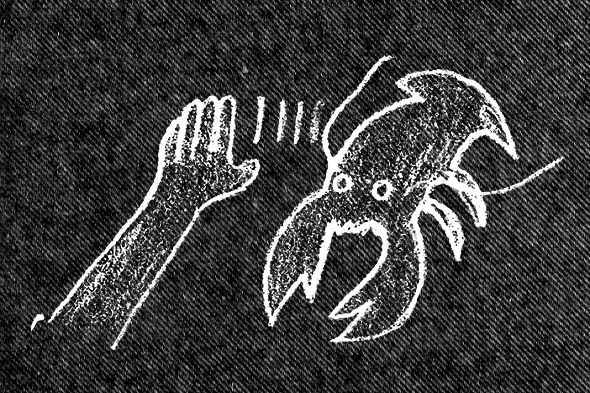 Another unheralded production talent features on the second release from the breakout label.

Emerging with a mission statement to provide a platform “for new and emerging international artists of a tougher aural leaning,” the curiously named Lobster Theremin cut an impressive swathe with its debut release, throwing the spotlight on the production talents of label co-founder Palms Trax. The Equation EP by the Berlin-based producer offered a warm take on house music that eschewed the prevailing gritty lo-fi aesthetic for something cleaner and somewhat reminiscent of the Future Times label, and was accompanied by a fine remix from WT Records boss Willie Burns.

With the acclaim for that debut still ringing in their ears, Lobster Theremin have now revealed details of their upcoming second release from Snow Bone, the production alias of Londoner Rob Hare who has allegedly been secretly honing his craft since the mid ’90s. Notably darker in tone than the debut Lobster Theremin transmission, the forthcoming Remote Viewer EP contains three original Snow Bone productions that the label liken to an abrasive blend of Hieroglyphic Being, Moodymann, Coil and Basic Channel.

Excitingly, Detroit’s master of the 303 Jared Wilson has been selected for rework duties on the Remote Viewer EP, turning in a remix of the hellish “SHO 5537” that Lobster Theremin amusingly states is “pretty much zero resemblance to the original”. Further details and a preview of the EP is available at the Lobster bandcamp.

Lobster Theremin will release the Remote Viewer EP by Snow Bone on November 25. 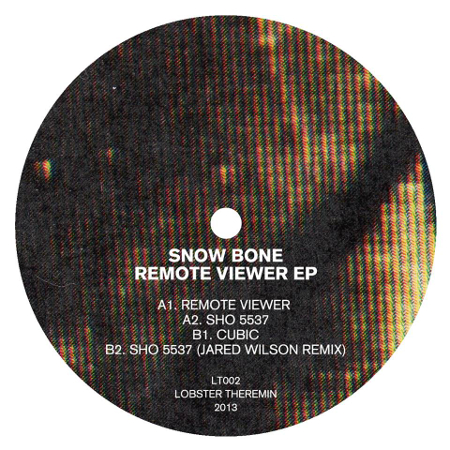