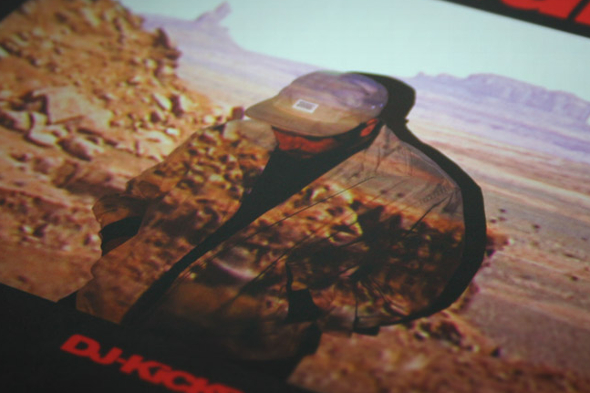 This week’s releases were headed up by what must easily be one of the year’s best albums in the form of Laurel Halo’s Chance Of Rain. Unlike the dubby, vocal-led Quarantine from last year, her second LP for Hyperdub sees her engaging more explicitly with the dancefloor, albeit in a fractured, abstracted sense, as tracks like the clockwork “Oneiroi” and pulsating decomposed electro of “Thrax” demonstrate. Giving that album stiff competition was The Synthetes Trilogy, the debut LP from Mr Beatnick, which collected highlights from his three EPs of top notch house music on Don’t Be Afraid together with a smattering of unreleased material which is more than worth investigating.

There was plenty more warped techno sounds to choose from this week. The latest release from the Berceuse Heroique label saw New York-based producer L’estasi Dell’oro deliver one of the label’s darkest records to date, with searing bass and ethereal vocals cut through with a mechanical rhythm, though it was the Unit Moebius Anonymous vs Shitcluster remix that provided the most unhinged moment of the week thanks to its hypnotic pulse and raw drums. It was almost topped by the prolific Joey Anderson, whose Come Behind The Tree single for Syncrophone saw all manner of bizarre acid textures competing to fry our synapses.

Somewhat more sedate were the sounds of Anom Vitruv, whose submerged experimental tones made up the sublime Demos EP on Going Good. Finally, there was Hodge’s solo debut for Punch Drunk, which saw the steady clatter of “Resolve” paired with the Bristol bass-weight of “Prototype Fear”, which come highly recommended to fans of his Livity Sound contemporaries. Occupying that same space between techno and bass music was the essential third EP from the anonymous Itinerant Dub, with its skewed jungle and dub sounds coming with the surface noise of rattling bassbins. Harder techno offerings could be found in the Ard Core Krew EP from AnD on Ann Aimee, which saw the Mancunian duo in typically remorseless industrial form, delivering three tracks tailor made for demolishing warehouses.

This week saw a rich offering of house and disco tinged sounds on offer, with the most enjoyable record of the week in the category coming from the relatively unknown Leibniz. Those who were fans of Cosmin TRG’s classic material on Rush Hour a few years ago will be all over Leibniz’s What Matters on Fourth Wave, with the sumptuous chords of “Bring It Don’t Sing It Part 1” a particular highlight. Similarly rich was Black Country Roots, the return of Mark E to Gerd Janson’s Running Back label. Described as “a tribute to the UK’s Black Country and an ode to the Industrial Revolution” the four tracks build and bump in a melodic fashion that will please Mark E fans everywhere.

This week saw Appleblim start a new label to accompany his Apple Pips imprint, with Pipped supposedly “set up to explore new avenues and directions & get some exciting sounds out there quicker”. The label’s debut sees Prins Thomas the unexpected candidate, with a hefty disco remix of Applblim and Komon’s “Silencio” up there with his most classic reworks. Similarly disco-inclined was Hivern Discs artist Pional’s Young Turks debut, Invisible/Amenaza, which provided a richly detailed and emotive dancefloor approach that will no doubt appeal to fans of his collaborator John Talabot. Talabot himself appeared this week, with his DJ-Kicks mix arriving in deluxe 2LP and CD version replete with a few hard to find tracks.

In the more experimental realm this week, Planet Mu provided the intriguing Mercury LP from Miracle on Planet Mu. Something of a curveball from Mike Paradinas’ label, it sees synth explorer Steve Moore team up with Guapo’s Daniel O’Sullivan who provides vocals. With a dual inspiration of 80s cinema classic The Lost Boys and Giallo horror, Mercury won’t be to everyone’s taste, but those that embrace the era it so clearly takes inspiration from will appreciate its recreation of a lost musical era. On the other side of the coin were two fresh LPs for Editions Mego. Jim O’ Rourke’s Old News #9 provided four tracks of experimental musique concrète, while Goodiepal’s Red Man K’s Bedrifter came 13 years after label head Peter Rehberg originally requested it, with the composer delivering three tracks and one side of etched vinyl across a 2LP gatefold never to be released digitally.