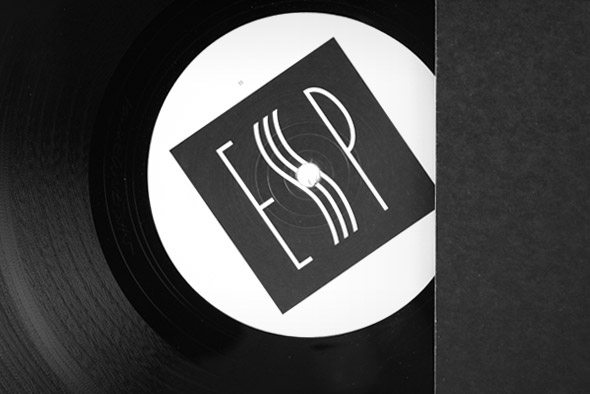 After a well received single that commenced proceedings for their own affiliated Public Possession imprint earlier in 2013, Tambien return to the fray to lay down another pair of tracks that send ones head spinning even more at the sheer abundance of quality analogue house and techno available at present. The label is an extension of a relatively new but widely celebrated shop in Munich that proudly supports the likes of L.I.E.S, Sex Tags, and ESP Institute who play host to this latest offering from the emergent producers. That should give you an idea of the kind of seedy beatdown world this music exists in, and what a wonderful world it is.

The A side cut “Drogato” starts on something of a false premise, a looped percussive hook suggesting something organic may well emerge, but that exists only as a momentary possibility once the strafing fire of laser synths come raining in overhead. It’s the scuzzy chord that rubs itself over the track that provides the alluring character though, sounding like a player in a dub techno saga robbed of all its regal airs and graces. From there on in “Drogato” plays out in a fine live take tradition, disparate elements phasing in and out of the mix but summoning up a transcendental quality that keeps proceedings from feeling too bleak. In the cumulative tribal thrum of the track a truly invigorating energy is radiated where so many analogue jams can fall into the lo-fi murk trap.

On the flip the component parts are quite distinct. A sweet-natured chord line and early 90s breakbeat construction (as you might find on a tune from the early Nightmares On Wax days) make for a fresh, funky alternative to the piston pump of the A side. With twelve minutes to unfold over, “Dois” has a bit more time to explore as well, and that it does to a magnificent end.

The melodic content is astounding here, all mournful low-end string notes and forlorn dub techno pulses (this time in their more familiar form), and these sit around the insistent groove beautifully. There’s also plenty of space for analogue fun and games as zips and tremors dart through the soundscape, but they never impinge upon the truly heart-rending musical experience. There is of course also time for a plaintive meltdown in which the synths roam free in their melancholy, and there’s even a whiff of outright bombast about the inevitable build up (did somebody mention trance?). When that limber break comes back in backed up by some dubwise sub throbs all is well though, and the tone is set for a balletic roll out for the duration of the track.

Quite simply, Tambien have proven with this record that they have plenty of different facets to share within the wider realms of house and techno, displaying in just a few singles that they have a keen instinct for imbuing tracks with character and soul. If the results keep up like this there is a lot to look forward to from the German collective.