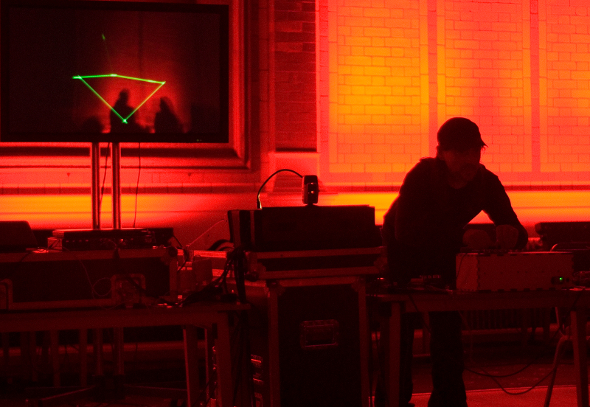 Could it be grime capital Bow has inspired the new EP by Manchester duo AnD? Find out here.

AnD are lined up for the fifth release from the Greek Modal Analysis label following contributions from Cassegrain, The Exaltics, Sawf and most recently Yves De Mey, and the Bow EP represents only the third credited release from the Mancunian pair this year. The proliferation of AnD’s productions in 2011 and 2012 saw the dynamic duo release a flux of EPs for a varied group of discerning labels including Horizontal Ground, Felix K’s Hidden Hawaii and Black Sun Records. So far this year, AnD have released the one binary encoded 002/0202/0222 12″ from their own eponymous label, though a suitably titled debut for Delsin offshoot Ann Aimee is also on the way.

If there is any grime influence in the upcoming Bow EP by the Mancunian heavy hitters it’s buried so deep into the screeching distortions of “Bow #1” and “Bow #2” that they’re undecipherable. Bow also brings with it a beatless, but snare/white-noise fueled Decomposition by Warp, Downwards and Editions Mego noise doyen Russell Haswell, whose remix presents Modal Analysis with one of its most distinctive productions yet. Listen to a preview of the three-track Bow EP below.