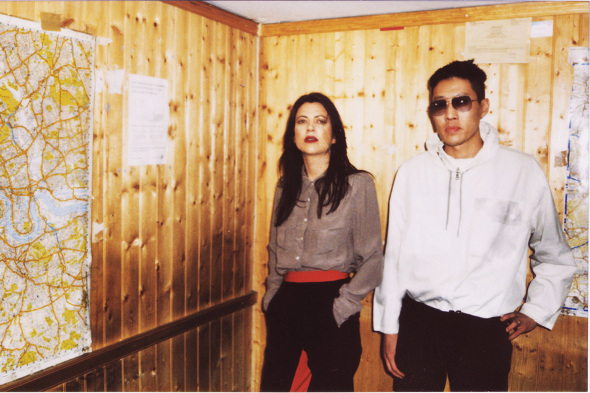 The much anticipated remix of HTRK classic from the Finnish producer is set to arrive next week – stream in full here.

Cast your mind back to March of last year and towards the end of the interview HTRK gave to former Juno Plus chieftan Aaron Coultate, band member Jonnine Standish revealed that their personal hero Mika Vainio had been enlisted to grace the band with their very first remix, stating “that’s pretty weird and exciting. We have always thought we were un-remixable”. This much lauded Vainio remix will finally surface next week tucked away on the B-Side of a new 10″ single for Ghostly International, ahead of a much awaited new album due out next year.

Excitingly, the Finn has elected to remix “Poison,” the crepuscular classic from HTRK’s excellent 2011 LP Work (Work, Work) with the resultant effort sounding pretty much like you’d imagine and demonstrates HTRK are eminently remixable in the right hands. Standish’s distinct vocal delivery is wisely retained but wedged deep beneath a multiplicity of tense, electrifying textures that intermittently pulse with menace.