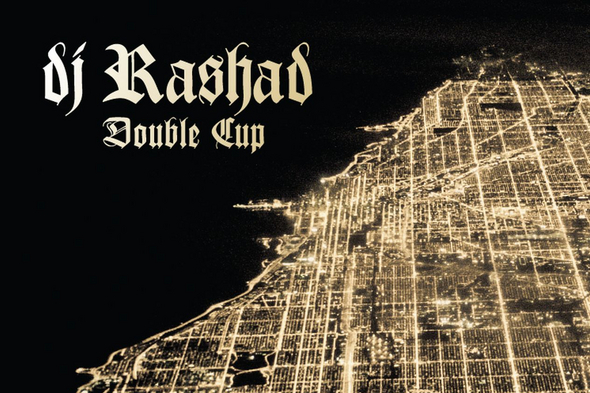 Rashad Harden’s devotion to Chicago is unwavering. Serving as a Godfather-esque figure in the game long before footwork was catapulted into a worldwide spotlight, he’s been releasing hypnotic tracks for a decade alongside the likes of 90’s juke legend DJ Deeon. He’s been DJing parties since his pre-teen years, and despite being an institution of the genre, he’s humble about his perseverance. In a recent interview with Electronic Beats this summer, Harden uses the phrase “we just kept going” three times in two paragraphs. It’s an appropriate mantra for Harden’s seizure-inducing syncopated dance tracks, which seem to stretch the very fabric of time with their crisply fractured repetition – making a track that repeats words hundreds of times throughout pass in what feels like seconds. They just keep going.

Given footwork’s whiplash-paced exuberance, filling an LP without sounding repetitive seems like a daunting task. While it’s effortless to lose yourself dancing to Harden’s music in a live context, this writer was skeptical if the high would translate to a singular, 52 minute listening experience. But Double Cup doesn’t tread water for a minute, perhaps partially because of its shrewd incorporation of nearly every genre under the sun. Taking on Detroit vocal house, Chicago acid, hip hop, breakbeat and funk tracks, Harden has created his most technically assured, accessible and relentlessly danceable release to date.

“Feelin” is a reminder how well Chicago can continually streamline and innovate within its archetypal framework: Pleading classic house vocals (sometimes left untouched and sometimes pitched up to chipmunk-falsetto level) dance overtop chopped up drum patterns – it feels like a triumphant return to the territory Rashad & Spinn so deftly navigate. “I’m Too Hi” touts a stuttering Amen break, and puts the song’s title through a gamut of gymnastic mutations. The workout that Harden wrings his tracks through, often in the span of less than four minutes, is astounding – just as soon as you think you’ve settled into a rhythm, he seems to take a joy in flipping the structure of the track on its head, doubling the speed or sending it spiralling into a syncopated percussive breakdown.

One of Harden’s most enduring skills is the way he stretches and selects vocal cuts to complement the tracks. In an interview at Sonar 2012, Rashad discussed how integral mixing in recognizable hip hop and pop tracks are to his live sets to elicit that “OH, that’s my song!” moment from audiences. While Double Cup doesn’t have any chops taken from recognizable pop songs of the last decade, there are plenty of moments of vocal euphoria to take your pick from: The top two might be the ringing Detroit vocal-house licks of “Everyday of My Life” and the Tupac Shakur sampling “I Don’t Give a Fuck”, which hiccups overtop a pinprick morse-code pattern.

Perhaps the track that’ll be cued up on repeat the most is the addictive Addison Grove collaboration “Acid Bit”, which descends into a call-and-response game of percolating insanity and writhing acid lines. It’s the kind of track that explains why live show footage of DJ Rashad shows often involve a dance floor of thoroughly exhausted patrons, and it’s just as riveting as Youtube videos of Chicago teens facing off against each other in footwork battles. Though tracks like “Acid Bit” have been produced with an exhilarating club-ready crispness, there are moments where Rashad takes joy in unkempt rawness, such as “Reggie”, a Chicago anthem lamenting the life choices of those who smoke low quality weed. The jagged hook “Why you smokin’ Reggie?” perhaps sung by Harden himself(?) and the buzzing, shrill organ riffs sound rugged in comparison to some other cuts on the LP, but it’s a welcome roughness – a reminder of where footwork has been, where it is now, and the dizzying, thrilling unpredictability of where it’s going.