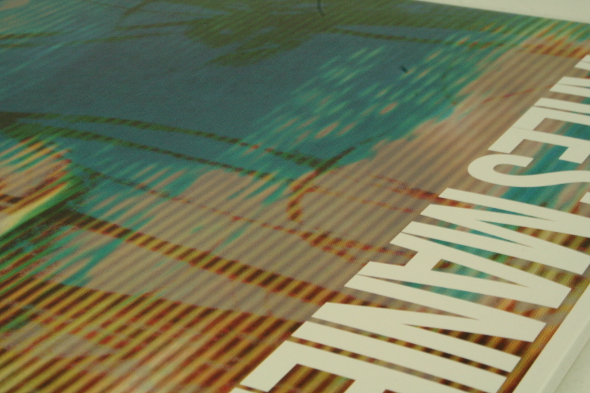 Seeping through the cracks of recognition, this self-titled album from Charles Manier draws from a decade’s worth of “recordings and live performances from the archives of the Ballard and Ridgewood-Cantullinix Studios” and unfurls like a carefully penned love letter to many of the acts this writer himself is beginning to find increasingly influential on his own tastes. DAF, Liaisons Dangereuses, Das Ding and all those other bands whose work has been re-dressed dashingly by Veronica Vasicka, compiled in critically acclaimed fashion by Trevor Jackson or praised by Karl O’Connor as the “biggest fuck you to Anglo-American rock & roll”. All these DIY electronic experimentalists and their roughly recorded songs are channeled through the ten tracks on Charles Manier, but this is no pastiche; this is the collected works of a celebrated producer finally feeling the time is right to share this side of his creative streak with the world.

First surfacing with the iconic “Bang Bang Lover “ for Ghostly Intl in 2002, Manier’s true identity is no real secret; the clues start with those credited on this album and the label it’s released on, and there are more hints out there for those who know where to look. But this is not a ‘how to use the internet guide,’ it’s a celebration of an album for those real diggers out there, those who look past the daily trudge through the content farm for that elusive record few others have heard of. Sure it’s been tipped by Morelli as far back as last year, but it gets lost amidst all the subsequent tips, and basking in the haywire electronics of Manier’s productions are just desserts for those that make those mental notes whilst the rest jump those bandwagons.

Though it arrived last month, Charles Manier’s self-titled album was first hinted at well over a year ago by Nation, but this is not out of the ordinary for a label less concerned with notions of keeping to a regular release schedule. Its timing however is perfect, providing a compelling contemporary link to CH BB, an act from the ’80s whose small canon of work has been one of this writer’s most satisfying discoveries of 2013. A short lived project of former DAF-member Chrislo Haas and Beate Bartel, CHBB released 4 limited C-10-tapes in 1981 before expanding into the more universally known Liaisons Dangereuses.

Stumbling across them whilst soaking up Dark Matters Too, the somewhat illicit compilation of cassette tape curios from Light Sounds Dark – where the wonderfully elastic sounding “Go Go Go” was a notable highlight – the subsequent influence of CHBB has been heard elsewhere this year. Trevor Jackson included another track from their archives on his second Metal Dance collection, whilst elements of Haas and Bartel’s work can be traced to Beau Wanzer’s work in Streetwalker and the self-titled EP released on L.I.E.S.  It’s with Charles Manier where the dots are joined most comprehensively; more inspired by the straight to tape experiments of CHBB than the fully formed new wave act they later became as Liaisons Dangereuses. Add to this, elements of the self prescribed Jakbeat approach adopted by Nation and moments of lopsided techno, and Charles Manier becomes an album that will be cherished by the lucky few that investigate.

“Who Raised These People?” is closest to the spirit of CHBB’s “Go Go Go” whilst “Czech Mississippi” and “Waiting For Electrocution” are the sound of Manier’s machines flirting with the notion of outright malfunction. Elsewhere the album is fully capable of blowing both speakers and synapses. The bass line on “You Said” is serrated to the point of being horrific, whilst “A/B Infect” sonically portrays an apocalypse in action much better than a Christopher Nolan film armed with a limitless budget. Should all this appeal then go forth and discover the rest for yourselves – it’s much more satisfying than words can fully convey.

A1. Sharp Killer
A2. Czech Mississippi
A3. Goldielocks Effect
B1. Waitin 4 Electrocution
B2 You Said
B3. Octopus
C1. A / B Infect
D1. Wasps
D2. Who Raised These People
D3. Your Body