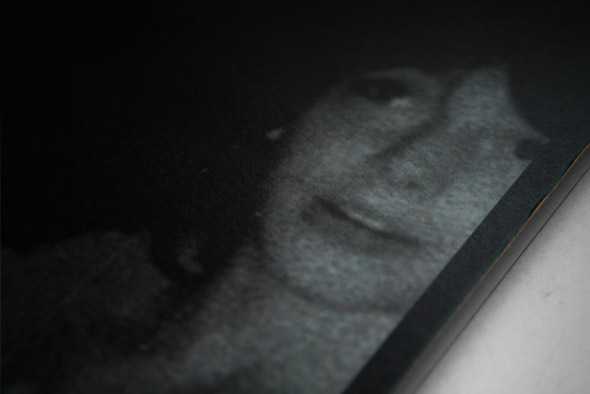 There’s no denying that David Moufang is enjoying the most recognition he’s ever had in his career right now. It’s easy to forget that, besides being a contemporary proponent of blissful, laconic house grooves, his career winds back through twenty years of almost constant electronic music exploration, from minimal abstractions to electro variations via cosmic acid for labels as lauded as Warp, Smallville, Philpot, Modern Love, Fax and not to mention his own Source imprint. Through all of these times on the frontiers of techno, the over-riding sensation derived from Moufang’s music as Move D has been soul, even in the most machine-driven of tracks.

As you might expect of such a prolific and illustrious career, there are reportedly plentiful vaults of unreleased material stretching back to the earliest days of the KM20 studio in Heidelbergand lucky for us Mr. Moufang is a sharing kind of guy. Specifically he handed a batch of tapes to his Magic Mountain High partner-in-jammingJordan Czamanski, who has since sifted through and put together this first volume of choice cuts that provide a welcome insight into the formative years of a true electronic music hero.

“Kriek – Animals” is the quintessential early ambient piece, all slack-jawed chord drone and alien splats of analogue noise, the charming crackle of the recording medium another player in a hypnotic opera. The sharp cut that comes midway through takes the same elements but marries them to a more purposeful synth line – perhaps the sign of some contemporary curation to bring together two like-minded studies? As something of a polar opposite, “Ovi Reise” is the track liable to get belted out with abandon in the sets of more acid-minded DJs, sporting as it does red-lining drums and an utterly monstrous synth loop that gets ridden by a filter like a bucking bronco. It’s acid par excellence through and through, simple and deadly with little variation needed to create a club-wrecker. The beats do switch up in opportune places, but still the focus is on raw energy from start to finish.

“Ground Zero” moves into satisfying Artificial-Intelligence era electronica, coming on like earliest Autechre with its snaking drum patterns and abstract synth wobbles, matched with aplomb by soothing chord swells but outwardly leftfield in nature. “Picking Flowers For You” by contrast is Moufang at his most heart-breaking, the tender lilt of the lead synth line giving Aphex Twin’s “Ageispolis” a run for its money in the emotive techno stakes. By the time the track blissfully melts away to a plaintive acid groover, it makes one shudder to think what other unheard music might be out there awaiting such a rediscovery. Fortunately Czamanski’s promise that there will be more from “time to time” gives us hope, at least in the case of Move D.

1. Kriek – Animals
2. Ovi Riese
3. Ground Zero
4. Picking Flowers for You (Off Major)
5. March of the Cheesecrackers