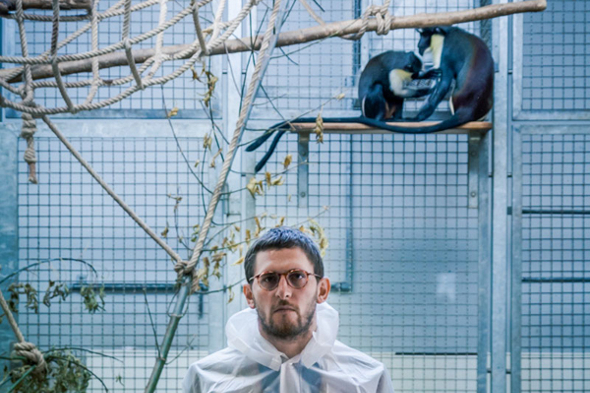 “Re-Engineering” finds the Berlin-based producer operating at a slower and all the more hypnotic pace.

Announced last week, Heatsick’s welcome return to the album format for PAN comes in the thick of a rather daunting second half release schedule for Bill Kouligas’ label, and on the basis of the title track should make for compelling listening. Stephen Warwick’s noted satirical nature seems to be playing a more explicit part of his music here, with a deadpan female vocal dominating proceedings amidst cascading, phasing drums and hazy highlife harmonies. Despite being known for his jaunty Casio rhythms, Warwick is no stranger to operating at a slightly slower tempo as Heatsick (see “Spacescape” for last year’s No ‘Label’ release for further evidence) but “Re-Engineering” still sounds quite revelatory, and it will be intriguing to see how it slots in as part of the overall ‘cybernetic poem’.