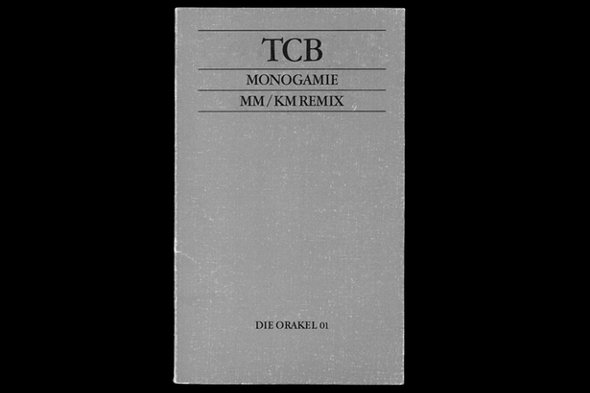 Is monogamy dead? Your personal life is your business, but in the electronic music world, all signs point to yes. That is to say, artists these days have the ability to hop between labels, aliases, and collaborations with unprecedented flexibility and ease. Ideas of ownership, jealousy and possessiveness don’t seem to have a place in the discourse of contemporary dance music and things have been all the more exciting because of it. Collaborations, one-off releases, and sub-labels of sub-labels are normalized, and artists can go on creative flings that would make a polygamist blush.

This easygoing flexibility is absolutely in the interest of Christian Beißwenger, who’s never been the type to just stick with one partner. Most memorably known for his awe-inspiring output alongside Phillip Lauer as deep house savants Arto Mwambe, Autumn finds him cloaking himself in a new alias with a new label: an offshoot of Live at Robert Johnson curated by the prodigious label’s music director, Oliver Hafenbauer (an old flame for Beißwenger, as the duo have occasionally produced together under the B.H.F.V moniker).

The mystically minded Die Orakel label provides yet another mask for the Frankfurt native to try on, under the alias TCB (presumably acronym for The Citizen Band project Beißwenger has previously graced LARJ with), and even if there’s no anonymity to Beißwenger’s latest dreative endeavour, the Monogamie EP gives off an eerie, compelling backwoods mysticism all by itself. The minimal press release describes TCB as “prophesising unborn futures and fates” on this 12″, and with the track’s shifting, disoriented, house variations prove this quite well, flickering between techno, dub, and outsider house  like a malfunctioning hologram.

Beißwenger ‘s always been the darker half of Arto Mwambe, with his partner Phillip Lauer using his solo projects as a chance to dip into the realm of euphoric-workout soundtrack material (last year’s excellent “Mascat Ring Down” or the beaming deep house of “H.R Boss” are two examples that come to mind). “Monogamie” finds Beißwenger digging out a dark, damp place to nest his grislier dance impulses, with slow, crisp drum rolls and a windswept, understated synth line that makes his tracks as BHFV sound maximal in comparison. The non-linear build that “Monogamie” maintains is its most impressive feature, as it darts and weaves through fuzzy, pixelated bursts of compressed bass and just the slightest tinge of jungle-leaning sentiment hidden in its obsessively dense rhythm, as if it were a stripped down Special Request b-side pitched down to a near-unrecognizable state.

“Unchained” is the more ambient leaning of the original offerings here, a track that unfolds in several distinct stages – beginning as ambient bubbling cauldron noises that sound like they’re ripped directly from a Windows 95 role playing game; it takes a good two minutes until a dusty, faltering organ enters the fray. In the second phase, everything fades away except for a distorted male voice muttering into the void – it sounds exactly like the kind of noise you don’t want to hear echoing through the trees when wandering through a forest at dusk. Beißwenger knows how to give just enough skeletal structure to “Unchained” to prevent the whole thing from collapsing – but even with those minimal touches, it’s still one of the most experimental pieces he’s created to date.

For fruitful proof that monogamy still works, Mix Mup and dancefloor life partner Kassem Mosse are a good couple to analyze. Though both have proved that they’re perfectly comfortable doing their own thing, their infrequent collaborations over the last decade are always marked by something unique, whether it’s the hedonistic, jagged experimental blasts of MM/KM on Trilogy Tapes (who’s “Galagonmixdown” track incorporated everything from wildly applauding crowds to demented Pac-Man chomps) or providing an elusive mixtape for crowd-funding campaign Another Sound Is Possible for the German collective Institut fuer Zukunft, a club space that also extends to featuring experimental music showcases, art exhibitions, performances, and lectures.

But interestingly, Mup and Mosse both play it fairly straight-faced with their remix of “Unchained”, employing softly tapped out irregular drum patterns and adding a subtle, dubby swing to the track. It fleshes Beißwenger’s work out to something more momentous, but barely so – and in the same vein as their recent remix for Paul Woolford’s “Deflowered”, the focus here seems to be about beginning with very basic elements, and slowly teasing a structure out of them. Die Orakel’s deeper, denser counterpart to Live at Robert Johnson is a promising avenue to continue exploring… but… it’s cool if you want to see other people too.