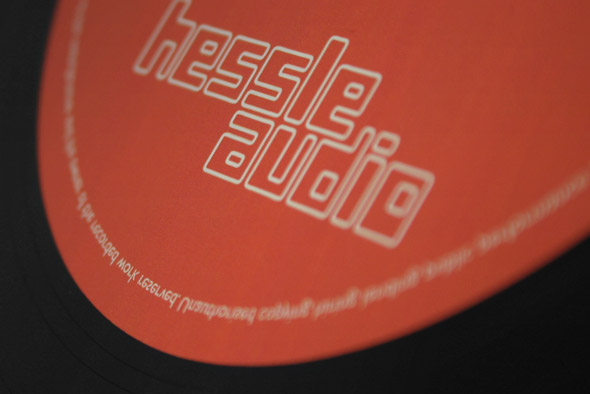 While his output may be tantalisingly sporadic, Joe’s music never fails to have maximum impact when it does drop. “Claptrap” was a righteous call to arms (or rather hands), while his remix of Scuba’s “So You Think You’re Special” was an ear-snagging jazz-house masterpiece. As a regular fixture in the fabric of  Hessle Audio, Joe’s left-leaning creative slant is amongst like-minded friends but that doesn’t stop him from sounding starkly different to absolutely anyone else. His most recent offering, “Studio Power On” for Untold’s Hemlock imprint, was an almost sassy display of found sound prowess that would make Art Of Noise blush with how joyously identifiable the percussive sources were.

Now his latest release brings Joe back to home base with another two track sure-shot of wide-ranging styles to gleefully test the nerves of DJs. “Slope” certainly has a discernible rhythm to lock onto, although it is wrought from handclaps, shakers and popping bass notes rather than more common forms of rhythmical instruction, while a distant slither of female vocal adds a haunting kind of warmth to the mix. One senses impending danger as the real synth comes leering into earshot, a panicked drone that flutters in pitch like a schizoid accordion, but through this uneasy alarm a more harmonious chord emerges and with it a steadfast house beat.

“Slope” is a track that moves through various brief suites within its timespan, refusing to return to any one motif and preferring to veer between unsettling tonal screeches. The most surprising thing about the track though is the way it simmers down from all the outré action to ride out on the steadier beat for a positively mix-friendly minute and a half.

It’s no secret that Joe has a predilection for live drum sounds in his productions, and “Maximum Drum Muscle” is an instant exponent of that with a lopsided melee of hits tumbling over each other before a 4/4 pulse can burrow underneath to bring some sense to the proceedings. A few choice tom rolls later and a positively energizing beat track is born, bristling with kinesis and engaging in a way that could never be achieved with a straightforward drum machine construction. There is more than just percussion here, and the wonky bass parps and snatches of samples that fly in are deployed to only enhance the propulsion of the track rather than throw it off course.

In the end this effect reminds you that, for all his wild stylistic characteristics Joe has predominantly made body music. After all “Claptrap” was ubiquitous in its ability to set dancefloors ablaze, and “Maximum Drum Muscle” promises to bring equal amounts of impact in the club. Even “Slope”, with its shifting phases and nerve-jangling synth action, is still a decidedly physical record. If a producer is able to deliver such mind-bending ideas while tickling the instinct to move at the same time, then long may he continue confounding us.

A. Slope
B. Maximum Drum Muscle