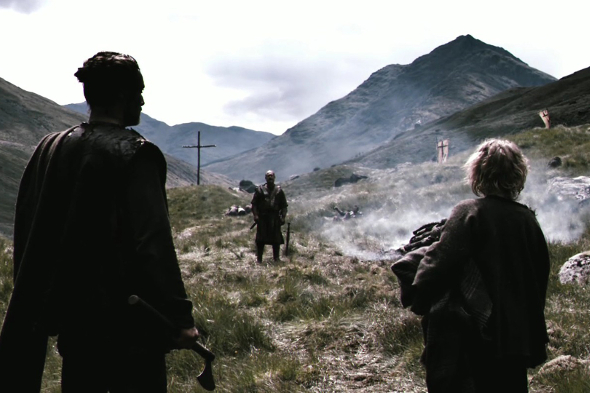 The score to Nicholas Winding Refn’s film will be given a deluxe vinyl pressing on the Belgian label.

Most recently concerned with facilitating material from the Detroit axis of DJ Stingray and Gerald Donald, the independent Brussels-based WéMè have previous form with regards to issuing soundtrack scores, releasing François de Roubaix’s compositions for the documentaries L’Antarctique and Autres Séances Électroniques Rue De Courcelles back in 2009. It has now been revealed WéMè plan to issue a double vinyl pressing of Peter Peter and Peter Kyed’s score to Nicholas Winding Refn’s Valhalla Rising. Released in 2009, the stark and violent film stars Mads Mikkelsen as a mute warrior called One Eye whose travels with a group of Christian crusaders end in bloody fashion.

Winding Refn allegedly wanted the highly lauded Scottish group Mogwai to compose the score, but instead turned to Peter (formerly a guitarist in Danish rock act Sorte Sol) with whom the director had previously used on his Pusher trilogy. The resultant score in collaboration with his namesake Kyed was filled with ambient electronic passages and very suited to a film that laid down an early marker for the heavily stylised approach Winding Refn would later gain Hollywood recognition for as director of Gosling vehicles Drive and Only God Forgives. Also included are a number of cues by sound designers Giles Lamb and Douglas MacDougall, whilst Brussels-based illustrator Dave Decat was commissioned to create the striking cover art below.

Having contacted WéMè Records yesterday, label boss Fred De Chez confirmed plans to release the score had been in progress for some two years and to his knowledge preceded the recent announcement from Milan Records and Invada Records of their own intentions to jointly release the soundtrack. For those who haven’t seen the film, the below stream of “Hell” should offer a suitable example of what to expect from the upcoming release. 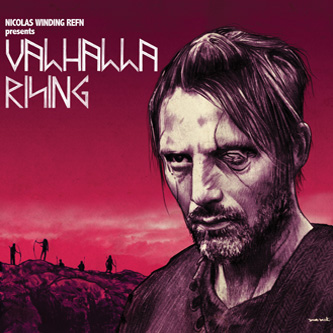