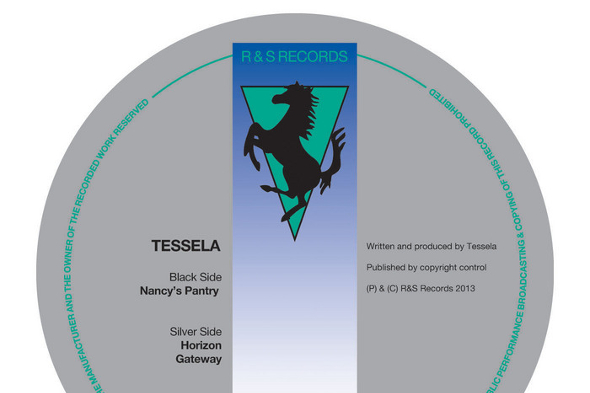 Now that we’re entering a new era of producers who were infants when ’90s rave warehouses were stuffed with twitchy patrons, it seems inevitable that cries of appropriation and trend-jacking will be ringing out on message boards throughout the land. Fortunately, Tessela sidesteps this issue by presenting such a blurred amalgamation of genres in his sound that it’s impossible to place it on any coherent time continuum. Ed Russell’s 2012 Punch Drunk release reached back in time channelling an early 2000’s Menta style tightly wound garage bassline with tracks like “Channel”, while his Hackman collaboration “Feel Like Loving Me” paired some classic male vocal house melodies with a slightly offbeat, futuristic tinge.

While the understandably massive “Hackney Parrot” was arguably the tune that cast Truss’s younger brother into the spotlight of a supposed ’90s rave resurgence, limiting Russell to that genre is massively underselling his versatility, which he demonstrates perfectly well in his new offering on R&S. “Nancy’s Pantry” kicks off the black side of the release, not to be conflated with the much subtler recent Archie Pelago track “Nancy’s Library”. Whereas Archie Pelago created a picture of a studio space on the Lower East Side soundtracked by the soft thrum of saxophones and cello, “Nancy’s Pantry” is much more comparable to a meth den, kicking off with the looping clang of wood being sawed with hard steel; an organic, even-rougher-around-the-edges incarnation of Blawan’s “6 to 6 Lick”.

But when the drop hits in “Nancy’s Pantry” (and you’ll know when it happens), there’s no comparison I can think of to describe what Russell does, slicing apart a Think break into a slow-motion stuttering breakbeat that seems to be stuck in slow motion. While Kieren Hebden recently tried something similar with pirate radio referencing jam “Kool FM”, Hebden’s track ultimately felt underwhelming, as if he’d sprinkled a few jungle-leaning breaks around an ambient house framework. But Russell’s tactic here feels much more devastating, surgical even. He’s dicing and dissecting looped drum patterns into tiny chunks, and the result feels anything but sterile.

“Horizon” has a similar heartbeat-pausing breakdown at the centre of the track that gives precedence to the tensely enjoyable interplay between clanging sub-bass and intermittent silence. It’s almost reminiscent of Fred Wesley and the JB’s “Blow Your Head” break stretched to a groggy drawl, until a hoover-esque series of rave chords rebuild the speed. Meanwhile, “Gateway” takes it a bit easier, slowing things down to under 100bpm, and letting the simmering snare patterns dart among washed out diva vocals of yesteryear. Though it seems as if  “Gateway” could kick into a full-power onslaught of rushing snares at any second, the track comes and goes without the moment arriving.

While it’s arguable that there is in fact a ’90s breakbeat mindset at the heart of this latest release, Russell’s keen sense of pacing and breadth of influence are two very good reasons to not lump him in solely as an “‘ardcore resurgence” kind of guy. If there’s any label that’s appropriate to stick onto the elevating artist, it’s likely not as catchy as a buzzword: more appropriate would be the guttural sound of pleased disbelief a dance floor makes when one of Russell’s tracks hits its devastating drop. Maybe an “oooof!!!” or a bewildered smile is the closest we can get.