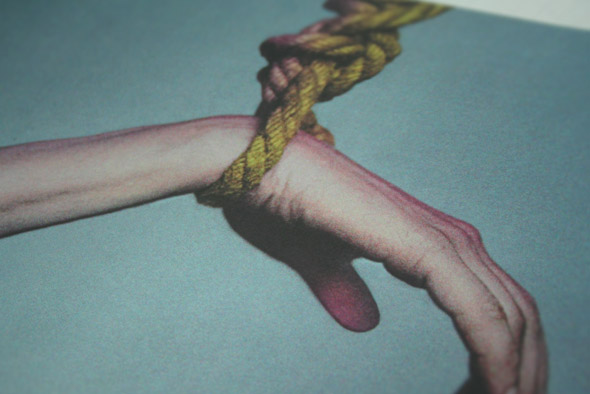 Tuning into contemporary electronic music must have been a bizarre experience for Einstürzende Neubauten over the past few years. The German act, which was founded in Berlin long before the wall came tumbling down and acid house swept in, would be forgiven for pinching themselves in disbelief at some modern techno artists’ forays.

While no one has come close to emulating the unholy racket that the band made during the ’80s, the tendency of late in techno has been to churn out bleak, uncompromising compositions, covered in distortion and sure to get as many brows as possible to furrow. But not all modern techno producers are the same and Ali ‘Perc’ Wells stands head and shoulders above most of his peers. Listen to his recent remixes of Paula Temple and it’s clear that he’s an artist who favours extremes over sameness.

This EP, the first on Perc’s new Submit sub-label, is the conduit for Einstürzende Neubauten into the modern day. Wells has selected tracks from the act’s early ’80s album Kollaps and reworked them in his own style. There’s a connection to the Perc remixes of Temple here in the form of “Lunebest”, where similarly dense broken beats take over the audio spectrum. Working in unison with blasts of noise and drums that clang like a bin thrown down a concrete stairwell, they provide a backdrop for a grunting vocal. Tortured vocals also prevail on “Sado Masodub”, where, amid the static crackle and wave of mangled noise, Perc lets loose with beats so primal that they come close to replicating Einstürzende Neubauten’s own welder’s workshop approach to forging drums and percussion.

But it is away from these sonic extremes that Perc’s touch really shines; “Rivieradub” is as relentless as these aforementioned reworks, albeit in a straighter manner, but scratch beneath the jackhammer exterior and you’ll find tones and abstract noise flowing in a criss-cross path. “Liebesdub” is even more impressive, with eerie synth passages and melancholic chimes supported by understated, hiccupping beats. It goes to show that sometimes a gentle twang is more effective than sturm und drang.