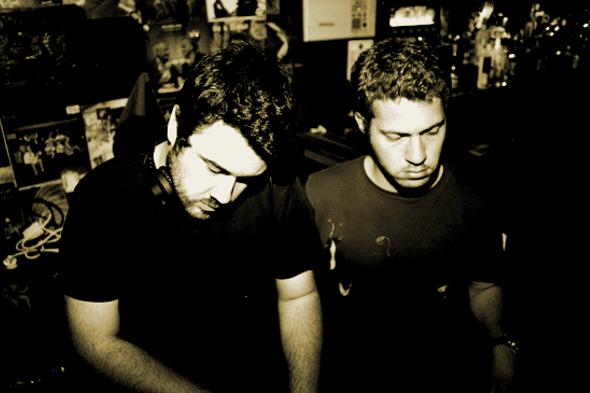 ‘Traditional dub techniques’ are the driving influence behind the new endeavour from one half of the Portuguese pair.

Marco ‘Markur’ Rodrigues and Miguel Evaristo have taken on more of a curatorial role of their Twin Peaks-referencing One Eyed Jacks in recent times, with the last Photonz release on the label arriving back in the summer of 2011 in the shape of the excellent Lamborghini Funk 12″. In their place, the duo have used the label as a platform to promote the rich vein of production talent bubbling away in Portugal, releasing material from compatriots Pal+, Sabre, Roundhouse Kick and Infestus. Their own consistently evolving and mutating sound has however found respected homes, appearing on Unknown To The Unknown, Príncipe and Don’t Be Afraid.

Now both based in London, Photonz will return to with some new One Eyed Jacks material in the shape of a new project from Rodrigues (pictured above, left) entitled Negentropy. The three track Photonz present Negentropy EP is due out next month with a press release stating a ‘more evident influence of traditional dub techniques’ as well as riffing off the current vogue for overstating preferred technological approaches:

“The music wasn’t 100% improvised. It wasn’t made using hardware and tape. It’s not particularly distorted. The artist does not have a background in performing experimental music. The tracks didn’t emerge out of a specific context or interesting local scene burning with communal exchange. Just pure, honest manifestation strictly for the OEJ troops out there that get it.”

Mastered by One Eyed Jacks cohort Pal+ and complemented by the below artwork from Márcio Matos, you can get a taste for the Negentropy EP ahead of release from the below Soundcloud stream.

One Eyed Jacks will release Photonz present Negentropy on November 4. 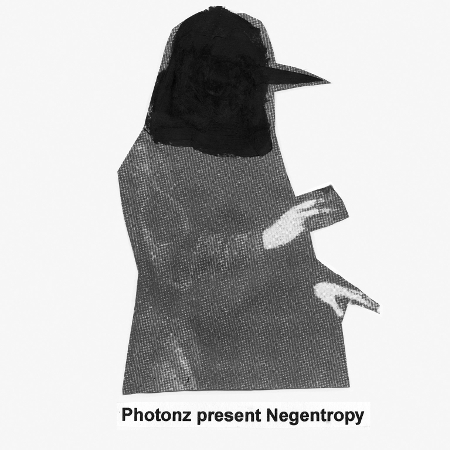