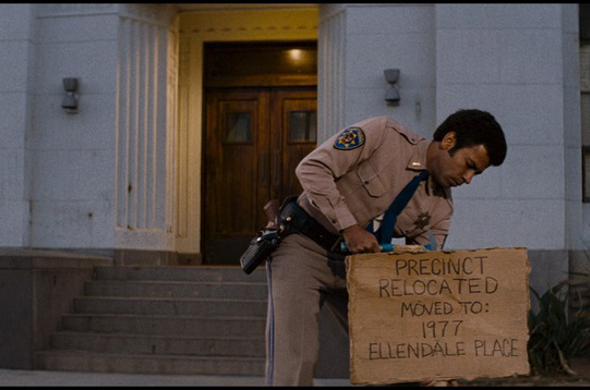 The reissue label have announced full details of their version of the seminal John Carpenter score.

Of all of John Carpenter’s films, the 1976 movie Assault On Precinct 13 must rank among his most enduring classics; the story of a police precinct which finds itself under attack by a criminal gang, with only a lone police officer and a convicted murder to help him.The claustrophobic setting was augmented by Carpenter’s score, whose main theme has had considerable influence on a generation of producers.

News that Death Waltz were planning a deluxe reissue of the score has been circulating for several months, but now the label have made full details of their version available, which is quite distinct from Record Makers’ 2003 edition. Freshly remastered, the deluxe vinyl edition will come in a sleeve designed by Jay Shaw, pressed on bloody red and vanilla swirl vinyl; the vinyl will contain a poster and an 8 page booklet containing sleeve notes by Carpenter himself, star Austin Stoker and essays from Fangoria editior Chris Alexander and composer Clint Mansell, while a pop-up CD version will also be available.

Death Waltz Recording Co will release Assault On Precinct 13 on LP and CD formats on November 18. 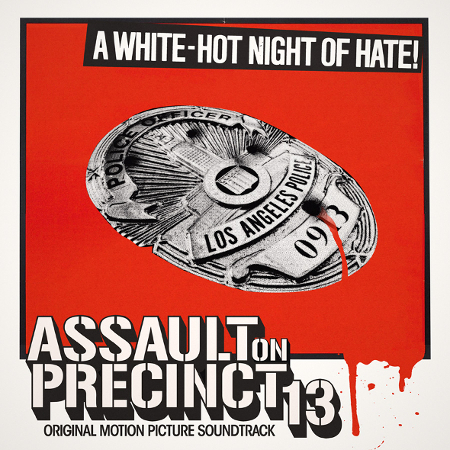 A1. Main Title
A2. Napoleon Wilson
A3. Street Thunder
A4. Division 13
A5. Ice Cream Man On Edge
A6. Wrong Flavour
A7. Emergency Stop
A8. Lawson’s Revenge