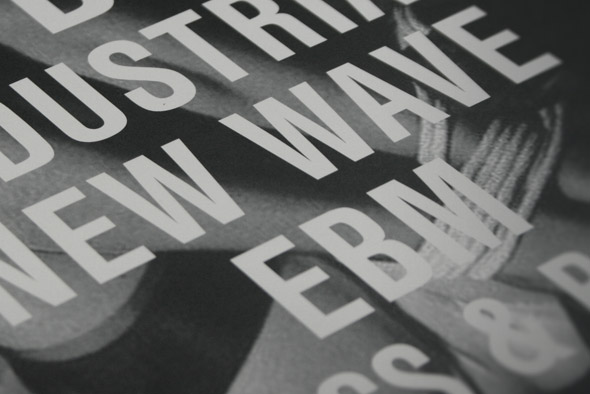 Trevor Jackson’s first Metal Dance compilation, released last year, was that rarest of things: a genuinely revelatory collection that celebrated an often-overlooked but supremely fertile period in electronic music history. Jackson, long a student of the more leftfield side of dance music, did a tremendous job joining the dots between 1980s industrial, EBM, new wave, new beat and post-punk dancefloor curiosities. It remains one of Strut’s best compilations; given the label’s track record, that’s some compliment. Metal Dance was rightly named as one of Juno Plus’s 10 best compilations of 2012, meaning that this welcome follow-up has big shoes to fill. Happily, Jackson is more than up to the task. If anything, Metal Dance 2 is even better than its predecessor. In many ways, it’s more of an eye-opener, too.

Having established the formula with the first collection – a mix of rarities, little-known cuts, forgotten scene anthems, relatively well-known killers and a smattering of tracks from genuine scene titans –Jackson sticks to the plan. So, there are enough “names” to entice those unfamiliar with the scene – Visage (whose “Der Amboss (Instrumental)” is a genuine obscurity, featured only on a German promo 12-inch that regularly fetches close to three figures online), Conrad Schnitzler, Front 242, Godley & Crème and Chris & Cosey – but far more oddities and rarities to get the heads’ salivating.

The mind might be playing tricks, but the tracklist feels deeper, stranger and more out-there than the first volume. Check, for example, the epic, stylized synth-wave pulse of Propaganda’s “(The Echo of) Frozen Faces”, a hitherto under-celebrated 1985 remix by Paul Morley (yes, he of pretentious music journalism fame) and “Sonic” Bob Kraushaar. Or, for that matter, Rene Bandalay Family’s “Tanki Tanki”, here superbly re-edited by Rabih Beaini. The original, a mixture of traditional Arabic singing, droning synths, irresistible drum machine rhythms and middle-eastern melodies, has become something of an underground anthem in recent years, following a surprise first release on vinyl in 2009. With its incessant drum machine hand claps and booming 808-kick, it sounds like EBM on acid. It’s the compilation’s most startling moment by some distance.

That’s not to say that highlights are few and far between; exactly the opposite, in fact. Jackson himself contributes a superb re-edit of Rusty Egan’s spooky synthwave cover of the theme from “The Twilight Zone”, there’s some sludgy, industrial heaviness in the shape of 400 Blows’ little-known remix of Skinny Puppy’s “Deadlines”, and some proto-EBM from 1984 by Experimental Products, whose thrilling, intoxicating “Work That Beat” first appeared on an 8-inch flexi-disc (really). And that’s just the first CD.

As with the first volume, Jackson has deliberately shied away from concentrating too much on one particular sound. So while there are startling examples of industrial and EBM (and it doesn’t get any more EBM than the speaker-busting bass assault “Body 2 Body (2 Trax)” from Front 242), there are plenty of variants to set the pulse racing. Contrast, for example, the mutant, Italo-influenced new wave elecrtrofunk of Mile High Club’s dancefloor destroyer “Walking Backwards”, and the frankly rather weird moodiness of Arthur Brown (yep, him of “The Crazy World of”) and Craig Leon’s “The Conversation”; while both cherish the futuristic potential of synthesizers and drum machines, they’re poles apart aesthetically and intellectually.

It’s this contrast – the scattergun drum edits and relentless pulse of sequenced synthesizers, versus droning, mascara-clad experimentalism – that runs through the very heart of Metal Dance 2. It’s perhaps this more than anything that makes it such a rewarding listen. That and the sheer thrill of hearing long forgotten music that still sounds fresh (see Doris Norton’s “Personal Computer” or Haroumi Hosono’s Kraftwerkian “Platonic”). It’s notable that even the Cold War-inspired cuts (see Test Department’s fierce, intense “The Unacceptable Face of Freedom”) still resonate, 30-odd years on.

Jackson has excelled himself again. Where Metal Dance was a surprising thrill, Metal Dance 2 is an expected delight. Don’t sleep.