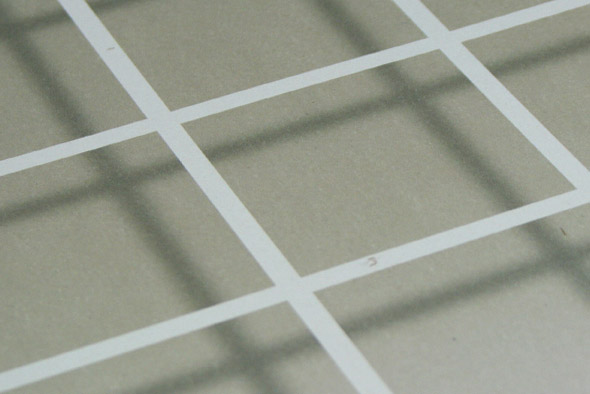 Releases from Perc, DJ QU, Trevor Jackson, 400PM and Daniel Avery provided some of this week’s most compelling listening.

Recent times have seen some of this year’s most anticipated albums surface, but in contrast to last week’s slightly overwhelming array (0PN, Special Request, Machinedrum, Four Tet) Daniel Avery’s Drone Logic provided the focal point of attention for those seeking some long player action. The 12 track set provided a finessed take on the approach of analogue trickery and smart and snappy beat constructions that Avery has been heading in since opting to work under his given name, which he’s done brimming in confidence and nailed with precision.

Those seeking out more of an esoteric fare can find solace in the second edition of Strut’s Metal Dance compilation curated by Trevor Jackson, which drew on a darker selection and has memorable inclusions from CHBB, Front 242 and Rabih Beani’s excellent edit of Rene Bandaly Family’s “Tanki Tanki”. Of a similar note was the first release on Perc Trax’s experimentally minded Submit label, which saw Ali Wells granted the keys to the archives of celebrated German industrial act Einsturzende Neubauten.

Once more this week, techno in all its forms provided plenty of compelling listening, led by two new projects from artists heavily involved in the Skudge family. Martin ‘MRSK’ Skogehall unveiled his Smell The Flesh project on the Skudge White series, whose heavily syncopated “voodoo” approach and atmospheric texture has much in common with recent Cut Hands material on Downwards. Complementing this, Skudge’s Elias Landberg surfaced under the solo moniker Kel with the first release on TANSTFAAL Planets, returning a favour that dates back to TANSTFAAL co-founder October gracing the Skudge Presents label last year; the three track Irritant offers a slightly more urgent, exploratory approach than Landberg’s work as Skudge.

Elsewhere, New York-based producer Shawn O’Sullivan added some American grit to the Avian label, debuting his carbon emission referencing 400PPM project in typically unrelenting fashion with the Non Nocere EP. Two sonic explorations that hint at O’Sullivan’s other musical interests (Further Reductions and Led Er Est) are complemented by a quartet of techno cuts that expertly combine Adam-X-styled hard-hitting industrial sounds with the rolling percussion and impressive sound design of the Berghain school of Dettmann and Klock. Those hungry for music lodged in the interzone between the avant-garde and the rhythmic end of techno were well served with records from Vessel and Westov Temple. The former’s Misery Is A Communicable Disease continued Liberation Technology’s ascendant progress, with the lopsided cold wave of “VMI” a considered highlight, whilst the latter’s Messiah Drugs represented the first Great Circles release from label founder Justin Gibbons – imagine Terrence Dixon’s Population One material caught in stasis, and you’re in the right frame of mind for the title track.

New labels pop up every week these days, but few debut in as impressive fashion as Yygrec, a Tokyo based operation whose first release came from Strength Music boss DJ QU. A man known for his idiosyncratic approach to house and techno, QU still blew us away with the psychedelic potency of this record. Staying on new labels, JD Twitch’s Optimo Trax operation is shaping up nicely with a second release presenting four excavated productions from the vast 90s archives of Dutch producer Marten van der Vleuten – the DJ Dusk track is particularly deranged. Of similar note was Attention, the new UTTU three tracker from Chicago producer Alias G whose narcotic fuelled and quite psychedelic productions felt like the kind of thing Ron Hardy would probably be making if he were alive today. Flipping the proposition of a label this side of the Atlantic releasing material by a producer that side of the Atlantic; the latest Mr Saturday Night transmission came from Dublin-based Lumigraph whose EP, The Yacht Cruiser, offered a pleasing cross section of star gazing house and more abstract material.

Earlier this year, the Full Pupp label contracted the Sex Tags bug with Sotofett and several of his crew reworking Prins Thomas, and cleary it’s catching as the Wania boss surfaced on Concrete Guajiro, the first of several collaborative releases with Versatile Records boss DJ Gilb’r. The result of some Parisian recording sessions with Zombie Zombie’s Etienne Jaumet, amongst other Versatile acts, this record needs to be heard for the sax heavy house bumper “Foliage (808 Stax mix)” – we look forward to more from this compelling combo. In a week where Sound Signature have repressed some early Theo Parrish greatness, one of his finest remixes of recent times also got a welcome new airing; issued as part of DFA’s limited White Out series, Theo’s Space Cadet take on “45:33” by LCD Soundsystem still sounds like little else out there and was backed up nicely by Pilooski’s rework.

Ever wondered what would soundtrack a monochrome swing party aboard the world’s most grimly decadent yacht? Possibly “Blowhannon,” the opening track from Shit & Shine’s self-titled EP for Diagonal which showcases a wonderfully skewed take on dancefloor sounds and is seemingly a perfect fit for a label run by the perpetual changeling Powell.