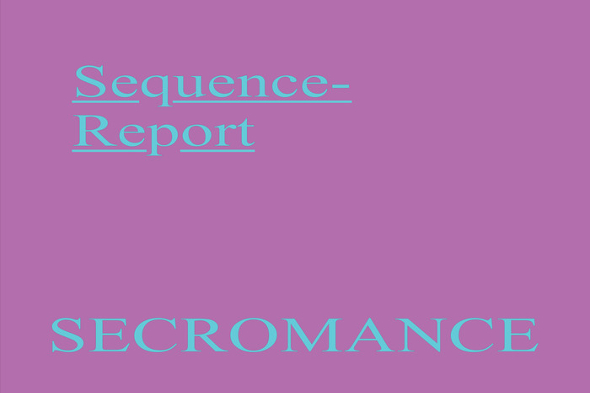 When the Voyager spacecraft was stocked with records to send out into the rest of the galaxy, it’s likely that a few arguments ensued – after all, sonically encapsulating the culture and  diversity of the human race on just a couple of slabs of golden vinyl is a pretty high stakes curatorial decision. Whale songs, Chuck Berry, Esperanto greetings and Kesarbai Kerkar all ended up getting hurled out into the cosmos, but those choices shared a common underlying theme: the hope was that someone, something, out there would understand us, even if they had no idea what dialect we were speaking.

Switch focus to Tevo Howard for a second: A guy whose career has always had an intuitive knack for messing around with ideas of time, space and language. He’s been DJing for twenty six years now: that’s the same number that this writer has been alive. Yet, it was only in 2008 when Howard began releasing music. But as soon as he began, it’s as if the two decades of experience that he’d been building were furiously unleashed, a body-shaking sneeze of prodigal productivity resulting in a flurry of EPs and critically praised remixes. Blurring the distance between generations, he’s also brought his father Rick “Poppa” Howard into the fold on tracks like “House Room” earlier this year on Bio Rhythm, a gorgeous piece of classic Chicago house, spaciously layered and arranged, even the track’s winking title playing with the flexible fabric of space. Howard has even written about the music substituting for language, with compositions deserving the same consideration as thoughts or written paragraphs.

All this to say, Howard is playing with ideas as grand in scale as the recordings included on the Voyager, and he dives into them with gusto on the Secromance LP, under the Sequence Report moniker. It’s a record that plays with both the cosmic and temporal ideas of space, communication, popular music, and lots and lots of quasi-threatening robotic monologues -Chicago house swirled together with liquefied old Kraftwerk records, sounding futuristic but rusty. An echoing transmission from a short-circuiting UFO.

Opening highlight “Emotion Number Eight” gives prominence to a melancholy electric guitar lick that’s got a forlorn, Depeche Mode vibe to it. Given that Howard’s mixes and DJ sets have often worked in pop music such as Eurhythmics and Pet Shop Boys around the edges of more classicChicagohouse fare, it’s not surprising to see this inspiration take form – but what is unexpected is how organically it intertwines with the unrelenting, robotic drum machines. At certain unpredictable points, a sterile, female cyborg voice repeats the song’s title, breaking it down into individual words, and then piecing the phrase back together like a broken jigsaw puzzle.

It’s impossible to talk about Secromance without talking about all the robot voices in it. Intended as an exploration of popular music, almost every track on this LP contains automated voices (think mid 90’s text-to-speech programs) providing narration over the tracks. Sometimes it sounds calming, sometimes urgency-filled, and sometimes desolately lonely. Sometimes there seem to be back-and-forth conversations taking place between robots throughout the record. The sheer amount of dialogue makes it tempting to call Secromance a concept album, except that it’s hard to pull any kind of story out of the mechanized conversations. Still, given Howard’s history as a novelist and creative writing student, it’s not unthinkable. “See Quincy Report” is where Howard relies on vocals the most heavily, with two automated creatures talking while serrated percussion and a brash whirling bassline rumble underneath.

But unfortunately, sometimes the vocals on Secromance drag it down from its lofty ambitions. This is most evident on “Even With All Odds”, which begins as pure cosmic bliss, tracked by sharp drums and deeply peaceful, slow-unfurling synth lines.  But when the robotic narration kicks in, it feels like it’s diluting the emotion of the instrumental – kind of like the equivalent of a radio MC shouting overtop of a track. Repetition of the words  “Space / Psychadelic / Even With All Odds”  don’t really add much to the track, and while it’s understandable that Howard is coming at this album as a homage to Kraftwerk, Art of Noise, and other pioneers who’ve utilized computerized voices in dance music, the phrase “show us, don’t tell us” seems applicable here.

There are times when the vocals and tracks synch up perfectly, however: “Beauty to Body Count” mesmerizes instead of distracting, with the rippling little pulses of piano that Howard sends splashing throughout, or the ode to the Chicago steppers community “Been Steppin’ To Your Love”, where vocals serve as the grounding mantra repeated over the quick-pulsating frazzled fluttering drums and an organ line that spurts and pulsates like an extraterrestrial life form bursting out of the chest of a helpless space Marine.

Secromance may polarize audiences unprepared for the volume of spoken text layered overtop, but it’d be a shame if that was all that kept people from immersing themselves in it: Howard has bridged Chicago House with the pop-foundations of the past and a frantic dose of Blade Runner-esque futurism, continuing to build upon and expand the legacy that Chicago has carved out for itself in the dance music world. If you find it challenging, it’s all the more reason to spend time trying to understand it. After all, Tevo Howard would probably much prefer you do that than read the remaining words of this review. His music, figuratively and literally, speaks for itself.