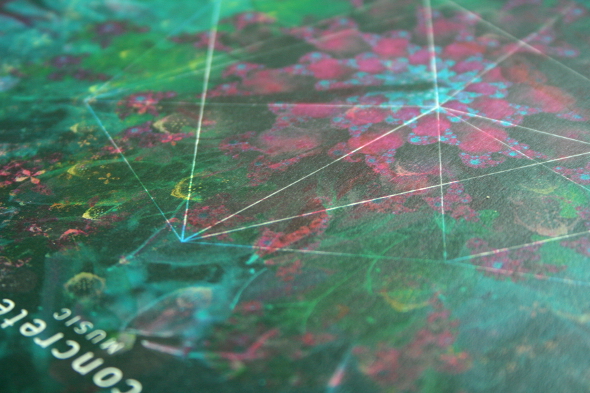 If only other individuals engaged in house music would approach production like Chicago’s Amir Alexander. A DJ since the early 90s, he started to begin tinkering with music-making as that decade neared its end. The story goes that once Alexander began with studio work he disappeared, immersing himself in his new calling and only re-emerging a decade later with his debut releases on a local digital label. This he followed with records for Plan B, Steve Mizek’s Argot, Machining Dreams and his own Vanguard Sound imprint.

Like other contemporary Chicago producers Hakim Murphy and the wonderfully talented Steve Tang, Alexander makes what could at best be described as a hybrid sound. Inspired by the city’s deep house past but also the by-product of taking in modern influences, Alexander’s music is both classic and relevant. Adding the fledgling Parisian label Concrete Music to his discography, Alexander appears under the Guerilla Soul banner but the music on The Black Dahlia EP proves to be no exception from his previous approach.

In its original format, “Black Dahlia” has Alexander laying out hammering beats and shaking drums, followed by those unmistakably Chicago claps. But just when the listener is ready for something conventional, the unexpected happens. Ponderous licks move upwards from an unspecified depth, a bass resonates ominously, humming along to a series of chord progressions and the clack and Bing of a typewriter – remember those things people used to write on before computers? – joins in and becomes part of the percussive backing.

It shows that Alexander is an inventive producer, but things get even more off the wall on the “Cold Blood Dub”. The groove is more jacking and the chords more spaced out, growing into an airy sequence as the track progresses. From this sonic fog the typewriter emerges, this time accompanied by chiming bells. It would be easy for Alexander to sit back and let the remix end on a reflective note, but as this version progresses, he reverts to the tracky rhythm he came in with. The Black Dahlia goes to show that patience is a real virtue for house producers.