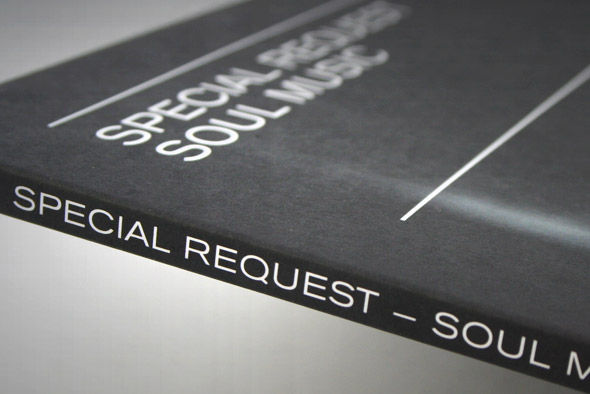 The record backspins. The MC yells to the crowd, his voice cracking, pleading with them to get off the stage. They’re shaking the platform and the records keep skipping. Snippets of Double 99’s “RIP Groove” echo against breakneck paced cymbal crashes. Pitch shifted vocals from Rochelle Jordan’s “Pressure” obscure the gender of the voice ringing out over the track. “Can I make it better with the lights turned off?” the voice asks. Ringing air horns and gunshots hang heavy in the humid air of the club as a pulse-intensifying breakbeat surges in out of nowhere, convulsing and detonating in a series of violent synaptic explosions.

Can you feel nostalgia for something you haven’t even experienced the first time around? “Soundboy Killer”, one of the finest revitalized rave anthems from Paul Woolford’s Special Request project makes me believe that you can. In just six minutes, Woolford creates an immersive atmosphere that it feels almost indistinguishable from being there, surrounded by sweat-stained ravers whose eyes are closed in ecstasy. You can almost smell the stench of skunk drifting around, feel the damp floor, hear the ringing in your ears.

Since this writer grew up in a nondescript suburb in Canada, much of the feverish energy that characterized the UKhardcore scene eluded me the first time around. But I’m not the only one – and while the true heads who have tracked jungle’s permutations over the past two decades will undoubtedly fall in love with Special Request’s debut LP, Soul Music, it’s also very much an album for listeners who missed out on the ‘ardcore era the first time around – a crash course in the erratic wormhole of delirium-inducing dance sounds.

Don’t feel too bad if you don’t remember much of the era of 90’s rave, because triggering memories that were never there seems to be part of Woolford’s plan all along: Special Request’s debut LP was constructed from vintage hardware, boosted by industrial strength EQ and an broadcast out into concrete jungles through an FM transmitter, which Woolford would then re-sample and re-incorporate into tunes, calling the results “false memories” – those moments of ecstasy fuelled melancholy that foggily bounce around in the nether regions of your brain the morning-after, just out of reach.

But even if piecing together Soul Music hadn’t been such a technically complicated process, Woolford’s love of pirate broadcasting culture is plain to see from the moment that “Capsules” begins, sounds exactly like the process of fiddling with the knob on an old radio, fuzzy and discordant until a tinny version of  the fundamental building block of the genre comes into focus, the Amen Break (capitalized here to represent its deity-like status amongst breakbeats). It’s followed by an eruption of drum pattern mutations, jaw-clenching grinding noises, and dubby, echoing vocal remnants. It seems like a tribute to the brave souls of pirate radio broadcasting, who Woolford publicly defended in a feature on Juno Plus earlier this year, stating “how ironic that you can get arrested for pirate broadcasting and sentenced to community service, and yet that is EXACTLY what you’ve been doing on the radio itself?”

One of Soul Music’s greatest achievements is the way it adheres to jungle’s most exciting tradition: Unpredictability. Nowhere on the album is this achieved in finer form than “Black Ops”, which has all the unhinged rollicking insanity of the drop in Babylon Timewarp’s “Durban Poison”, minus any of the Rasta influence. It’s the kind of track that glows with a surging, unpredictable energy – the same one that ricochets quadruple-time drumline percussion of “Body Armour”, which sounds like a torrential hail of ricocheting bullets cascading off metal. With the sound effects of reloading weapons interspersed throughout, it feels like a smiling nod to the darker, downbeat themes surging through jungle’s origins: The Predator sound effects, the Mob Deep samples (which Special Request utilized in “Alone”, a cut that doesn’t appear on this LP), and the cold, impersonal, horror-core sheen of machine-induced destruction. Looking back, it’s understandable why parents of ravers were stressed in the 90’s.

Fortunately, the more down-tempo moments throughout the LP provide enough respite to prevent one from overheating or burning out. “Undead” finds Woolford employing anthemic signature piano chords similar to the one’s used on this summer’s “Untitled” single – only instead of ringing out clearly, they disintegrate and collapse into themselves amongst crashing cymbals, placing you somewhere in the misty annals of purgatory that makes the title seem quite literal indeed. “Descent” provides another brief reprive, a series of descending piano keys washed over with crackling fuzz until they coalesce into a garbled ambient hum.

I claim no expertise when it comes to breakbeat, jungle, or rave music, but the material that Woolford is recontextualising throughout Soul Music is done with an extraordinary amount of respect, love and care. It feels weird to talk about such a traditionally masculine genre of music in these terms, but it’s absolutely true – listening to Woolford talk about his desire to create the “antithesis of the austere, blank-faced one-dimensional idea of techno that some people have” clearly shows that his feelings about music are rooted in emotion. And really, that’s why Soul Music is so important: not only because it’s an impeccable collection of rave anthems, but because it’s an educational tool, an open book full of reference points from the last two decades of breakbeat, jungle and rave rhythms, all lovingly reinterpreted, but never gentrified or sanitized. Whether you’re revisiting your halcyon days, or experiencing them for a first time, you couldn’t ask for a better guide than Paul Woolford.