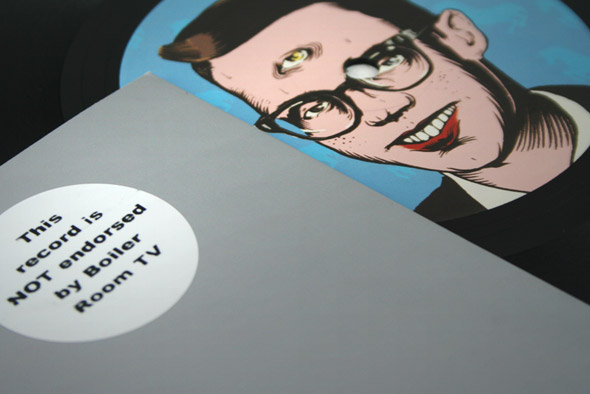 Some years ago, I was given a guided tour around Ghent by a group of well-known local DJs and producers. They pointed out the nondescript building that once was home to legendary techno label R&S, and waxed lyrical about the Belgian city’s once-legendary party scene. They got a little misty-eyed when describing, in some detail, the excitement of the early ‘90s warehouse parties they attended and played at. It was a neat reminder of a time when Belgium – and Ghent in particular – was the epicentre of European techno music. A time of murky Hoover basslines, twisted acid lines, unstoppable drum machine rhythms and dark, wide-eyed synthesizer melodies. A time when, for a brief period, anything seemed possible and dancing all night was a clandestine thrill.

It seems fitting, then, that the latest missive on Crème Organization – a label renowned for its keen sense of history and love of analogue dance music – recalls those long forgotten days of Belgian dancefloor dominance. It seems to be a trend, given the recent offerings from R-Zone and the Our Beat Is Still New series of New Beat inspired releases. Of course, the man behind No Stopping was barely out of nappies when R&S was in its pomp. Innershades is little known, and little is known about him, though Crème have gone to great pains to point out that he is on the younger side. It’s this, more than anything else, that makes this EP – only his second, following last year’s bombastic, fuzzy and energy-packed “That Girl” for Ukraine’s Wicked Bass – so remarkable.

Lead track “Nina At The Boiler Room” is a midtempo wonder. Sludgy, stomping and energetic, it bristles with dark, late night intent. Its’ rhythm is unfeasibly heavy, the acid lines are sharp and intoxicating, and the build heavy and juddering. It sounds a bit like “Energy Flash” and “Altered States”, whilst avoiding the pitfalls of such classic influences. Yet for all the spine-tingling analogue electronics and warehouse feel, the title is thoroughly modern, presumably referencing Miss Kraviz as well as the 21st Century phenomenon that is The Boiler Room.

The deeper, flightier “No Stoppin” is similarly retro-futurist in its outlook, but comes from a different place musically. The rhythm is crisper, the chords are more evocative, and Innershades’ use of melody is greater. There’s a touch of Larry Heard in there, as well as a huge dollop of early ‘90s dub-house. You’ll dance – the looped riffs, snappy snares and hissing ride cymbals will take care of that – but you’ll also be moved. If “Nina at The Boiler Room” is a sweaty peak time bomb, “No Stoppin” is the soundtrack to a warehouse sunrise – that moment when sunlight begins flickering through high windows at five in the morning. Those Ghent ravers would have loved it.

“The Future” quickens the tempo and toughens up the beats, whilst retaining the airy feel of its predecessor. It’s somewhere between cheap-sounding Early British deep house, Belgian techno and early Detroit futurism. The relentless melodies, rising and falling hooks and titanium-clad synthesizers are extremely addictive, a surefire sign of a stone cold dancefloor hit. Like the rest of the EP, it feels like a rush-inducing blast from the past from an artist too young to have experienced these influences first time around.

A1. Nina At The Boiler Room
B1. No Stoppin
B2. The Future