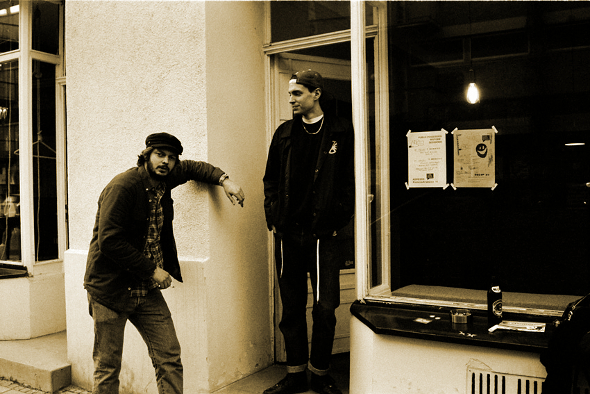 The Bavarian trio will release the Drogato EP on the Lovefingers helmed label later this month.

Having enjoyed a fruitful first half of 2013 with a series of releases from Tornado Wallace, Pharaohs, Shocks and Land of Light, ESP Institute went into a period of temporary downtime over the summer months – presumably down to label boss Andrew Hogge’s design commitments for the affiliated fashion label ESP No. 1. Re-emerging last month with another Pharaohs 12″, ESP Institute have now revealed they’ve looked to a hitherto untapped source for their next release in the shape of Munich trio Tambien.

Further evidence of Tambien’s production prowess will be displayed on the upcoming two track Drogato 12″ for ESP Institute, with a title track that’s more rhythmically intense than some of the label’s recent output – though it does contain the psychedelic qualities one associates with Lovefingers’ personal tastes. The accompanying “Dois” languidly stretches a classic breakbeat out over some 12 minutes and is reminiscent of Carl Craig’s timeless Planet E Special Mix of Incognito’s “Out Of The Storm”.

ESP Institute will release Drogato by Tambien on October 14. 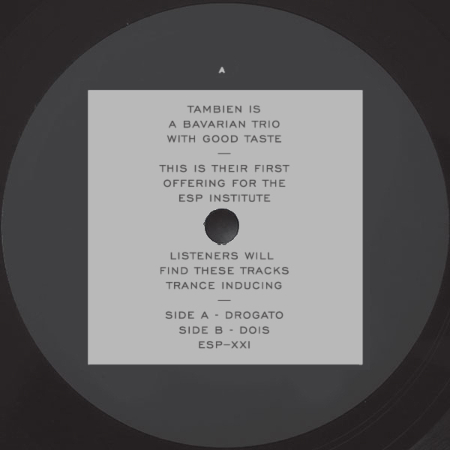