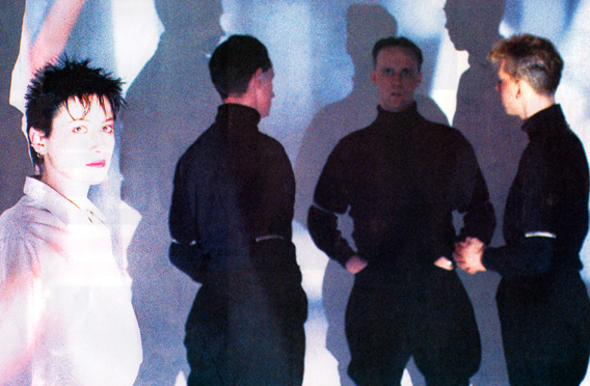 Characterised by the juxtaposition between their hard-edged industrial sound and the more delicate vocals of French frontwoman Regine Fetet, the Hard Corps quartet were most active between 1984 and 1985, and were championed by the late John Peel and in 1985 signed with major label Polydor, a move that saw the opportunity to work with Martin Rushent and Mute Records head Daniel Miller. These recording sessions resulted in just one single in Je Suis Passée due to Polydor’s lack of promotion. Although Hard Corps disbanded in 1988, their legacy has been assured by both Minimal Wave, who released the Clean Tables Have To Be Burnt collection last year, and Stones Throw, who included their track “Dirty” on their second Minimal Wave Tapes compilation.

News now arrives that Veronica Vasicka will be returning to the Hard Corps archive for Minimal Wave’s next release; entitled Rarities, the release will be comprised of rare outtakes and demos that be available as both a vinyl and cassette edition. The former will be limited to a run of 300, while the cassette will be available first on October 5 at the Brooklyn Flea Record Fair alongside a uber limited flexi disc 7″ that Vasicka recorded with Downwards boss Karl O’Connor under the name The Floor. The vinyl edition of Rarities will then go on sale in late November – clips can be heard at the the Minimal Wave website, while a video for “Lovers and Strangers” can be watched below.

Minimal Wave will release Rarities on cassette and vinyl formats on October 5 and November 26 respectively. 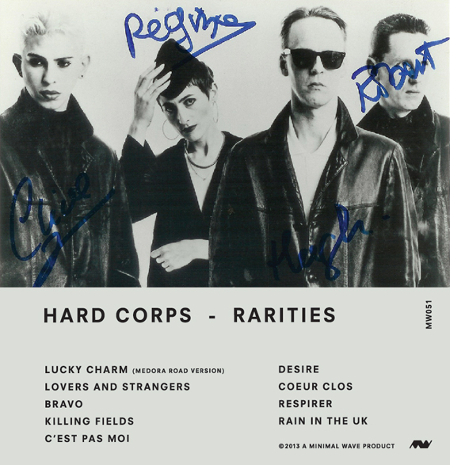