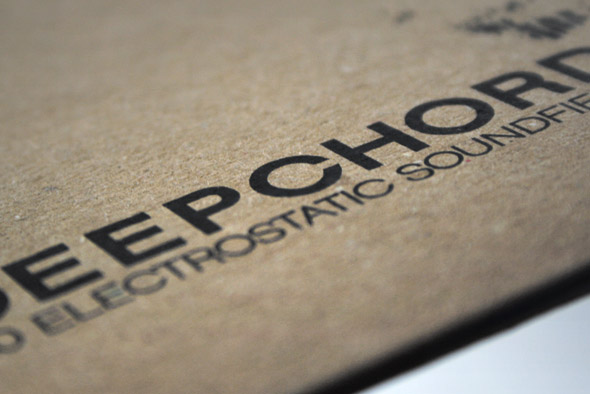 Though artists such as Regis, Vatican Shadow, DJ Sotofett and Richie Hawtin are individually distinct in their craft, they are all unified by one common denominator; the ability to lure those interested in their music further outside their comfort zone (the middle of the ocean in the case of Hawtin) For this writer, Rod Modell belongs in that group and worth the several bus rides and tube journeys it took one recent Friday night to see DeepChord perform live at a Brixton club. Hardcore DeepChord fans are pretty easy to spot, despite some of their surreptitious efforts to remain low key. Lone rangers or conversations of frequency, filters, cut-offs and spring reverb are usually a give away.

That night in Brixton was no different as stood towards the back of the room, this writer observed two younger DJs warm up for DeepChord playing a slightly off-theme set of club house and cheap, bassy techno. Pan left of the DJ Booth and Modell is setting up, representing the polar opposite of what is unravelling before the dancefloor. Calmly assembling his live rig cable by cable, Modell sports a mad scientist haircut and tiny, thin-rimmed spectacles making him look more like a brainy electrician called in to fix something, – not wanting to interrupt the noise and revelry around him – than the cerebral producer.

The Detroit native has long been an advocate of atmospheres over beats. He’s regularly expressed a desire to play ambient sets, explaining in one interview his happy surprise at being asked by promoters to play more ambient and less techno than what they heard during sound check. Or in another interview, talking about the reggae-rhythmics of Echospace track “Empyrean”, Modell said, “the rhythm is incidental – it’s the worst part of the song really,” adding, “Unfortunately, everybody likes the rhythm.” With thoughts like this in mind and DeepChord’s set about to start, the question was, what is Modell going to do? Keep it professional and cater to the mood set by the bombastic warm up DJs? Or, turn the night on its head and wash the Brixton basement in a textural, beatless, sonic bliss.

DeepChord’s set that night was professional and 20 Electrostatic Soundfields, Modell’s fourth album as DeepChord and third for Soma, is professional too. But it’s also free of public expectation and full of ungoverned artistic expression. In fact the only beats, or undulating pulse reminiscent of kick drums on the album, come via the Red Light District inspired “De Wallen”, a happy go-lucky “Amsterdam Remnant 6”, “Fern” and the ten minute “Aerosphere”. These tracks may have been produced at a DJ friendly tempo, but there’s no denying this is still ambient music – beats or no beats.

All 20 tracks carry environmental, city-influenced and aqua themed motifs, with tracks titles such as “Driftwood”, “Whispering Pines”, “Plankton” and “Seaweed”, to “Rooftop” and “Trompetterssteeg” – Amsterdam’s narrowest street at only 100 centimetres – to “Morning” and “Days End” – giving 20 Electrostatic Soundfields a sense of scope and narrative, rather than a just being an extensive compilation of ambient music.

20 Electrostatic Soundfields could have easily been condensed into a seven to eight, or nine-track album too, with longer-winded ventures such as “Barcelona” or “Oceanic” – the sound of a seashell held close to your ear – a highlight. But the one or two minute excursions of wallowing bells, drowned orchestral manoeuvres and blustery hails of ashy DeepChord sonics plotted throughout the LP don’t make for an exhaustive listen. Instead it’s a coherent album of personal and often Cagean compositions that feel like an aural descriptor of Modell’s inspirations that can’t be put into words, which regardless of track length could go on forever – and are worth the trip.