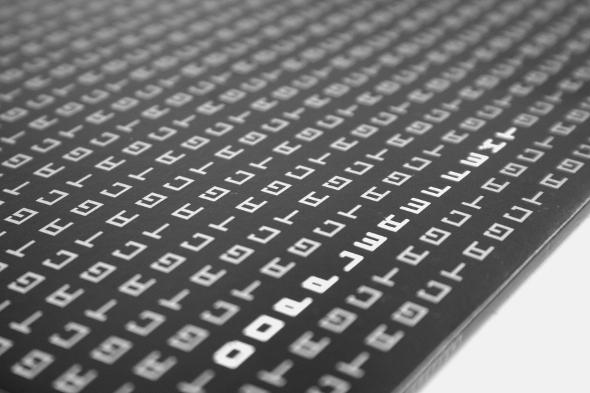 It’s been six years since the last Dopplereffekt transmission and in the intervening years Gerald Donald has turned up in unlikely places. Earlier this year, this writer saw him and a female colleague – not the same one who showed up to perform as Dopplereffekt back in 2007 – seduce a sweaty warehouse on the Dublin quays with Arpanet material. That night ended with conversations about the banking crisis and rumours that Donald had got involved in an experimental physics project in deepest Bavaria, his adopted home.

Like most things said about Donald, it has not yet turned into fact – his most recent endeavour is the new long player with former Drexciyan tour DJ Stingray – but nonetheless, the icy atmosphere of that winter’s night prevails on the Tetrahymena EP for Berlin party/label operation Leisure System. On the title track, that mixture of the eerie and the brutal, the emotive and the physical swings back with the force of a sledge hammer. Undoubtedly, would-be techno psychologists will seek to deconstruct “Tetrahymena”, but in essence Donald has succeeded in uniting a bass that growls and drones with synths that shift from obtuse and cold to spine-tingling over the course of a few bars.

“Gene Silencing” revisits another of Dopplereffekt’s favourite controversial topics, eugenics. However, one gets the feeling that Donald and co are having a bit of a laugh at our expense as the music is truly beautiful, with haunting synths and melodies to weep to shot through with slinky metallic drums. The final track, “Zygote”, provides a connection to the last Dopplereffekt release, Calabi Yau Space. Sounding like a heavenly body being sucked through a vortex, its fragmented percussion gives it some semblance of a conventional techno arrangement.

Apart from this one abstract blip and the usual quasi-totalitarian posturing, Tetrahymena sees Donald let slip the mask and the myth-making temporarily muted, revealing a glimpse of the artist as a human. It’s a sight we should all learn to treasure.