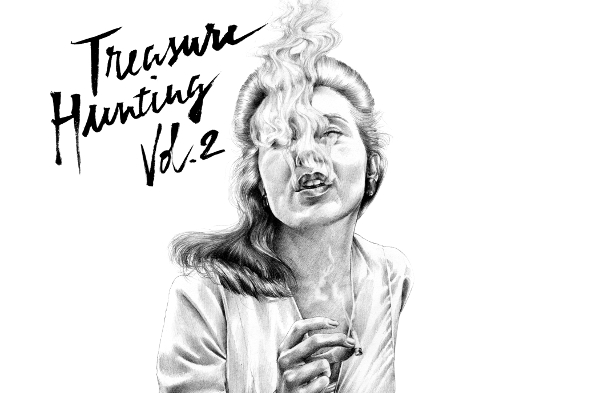 Founded in 2005 by Parisian Laurent Pastor, Astro Lab Recordings has served as an intermittent outpost for some delightful under-the-radar 12″ releases from a cast of internationally regarded artists such as Anthony ‘Shake’ Shakir, Ana Helder, Pilooski, Timothy J Fairplay and Photonz. This wide ranging approach was put to good use earlier this year with the inaugural Treasure Hunting compilation. The 18 track collection featured the aforementioned artists, along with contributions from Ivan Smagghe, Andrew Weatherall, Raudive and Daniel Avery, and was lauded in our review for its “ability to weave together disparate electronic music strands into one coherent whole that sums up all that is good about left-of-centre dance music right now.”

News now arrives from Astro Lab HQ of a second edition of Treasure Hunting which seems to expand the remit; although still featuring artists already linked to Astro Lab, the 23 track compilation also draws from a pool of rising artists currently engaged in making raw and analogue machine music across all tempos; alongside the likes of Hivern Disc’s edit weapon Marc Pinol, Justin Robertson’s balearically minded project The Deadstock 33s and Ivan Smagghe, who all return having featured on the inaugural Treasure Hunting, the second volume takes in contributions from further established names such as Pilooski, Remain, Crackboy and Red Axes tucked in alongside rising talent such as Jokers Of the Scene, Morgan Hammer and People Get Real.