Mix Mup – After The Job 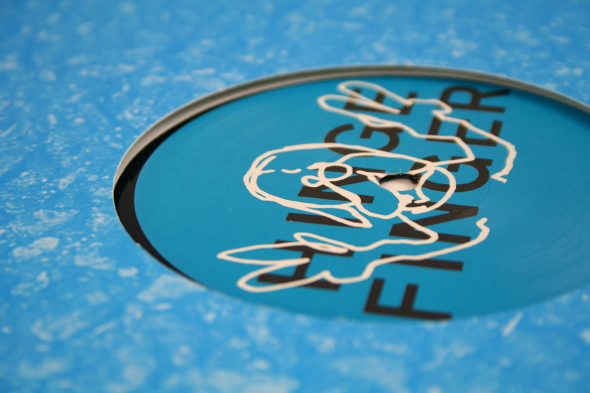 “You know, we never, ever, do nothing nice and easy. We always do things nice and rough.” It might be a Tina Turner quote, but the opening to the new Mix Mup EP, his first release for Will Bankhead and Joy Orbison’s Hinge Finger, sounds something like a manifesto, or at least a tongue in cheek statement of aesthetic preferences. After The Job seems substantially grubbier than the producer’s deservedly highly praised split with Kassem Mosse, and is less abstracted than 2012’s Drive-By, while playing on many of the latter’s themes. There is a sense here of house music slowly disintegrating, falling into dereliction only to be gruesomely reanimated. There is something of the haunted mansion about the record, something uncanny; a feeling that you are listening to some ungodly rendition of a familiar music, midway between putrefaction and vivid life.

This is best illustrated in the title track, which hinges on a bassline simultaneously simple and sinister, offset against a percussive clatter that sounds like someone bashing drumsticks against the beams of that ghostly mansion. Synth sweeps interrupt the murk, coming on like sirens in the distance. “Copa Jams”, meanwhile, feels more fleshed out, more substantial – and even more threatening. A bassline that shifts by semitones ensures that the track is shot through with menace, a feeling that is augmented by the spring-loaded kick drum and oddly treated percussion, somewhere between metallic and digital, that characterises the record.

“Doomed” follows a similar format, with clipping kicks and what sounds like a steam train exhaling at the end of the world’s longest tunnel. The EP ends, though, in a tenderer mood. “Bungalow”, the video for which first appeared way back in April, is a gently twinkling thing that immediately brings to mind an early hours drive through a neon lit city. Percussion free and held together by foggy pads, the track is full of oddly heart-rending melodic tics, the most startling of which comes midway through when the lead line detunes itself, just briefly,

While there is nothing here quite as hooky as Blawan’s “Why They Hide Their Bodies Under My Garage” which, along with “Ellipsis”, probably constitutes Hinge Finger’s biggest ‘hit’, the two releases operate in strikingly similar fields. The dry, metallic percussion and quivering low end foster a sense that all is not right; that there is some phantom menace ready to reach out from a darkened corner and make a lunge for your ankle. It’s a satisfyingly unsettling aesthetic, and one that is coming to define Hinge Finger.