MGUN to release Some Tracks on Third Ear

The Detroit producer will next be seen with a five-track EP on the London label.

Manuel Gonzales has had something of a breakthrough year in 2013; although releases on Don’t Be Afraid and Wild Oats last year marked him out as someone to keep tabs on, subsequent records for The Trilogy Tapes, Berceuse Heroique and Don’t Be Afraid again have rightfully seen his uniqely ramshackle brand of Detroit techno finding their way into the ears of many. The producer’s next release will see form ties with another label, London’s Third Ear family, whose strong links with Detroit make the partnership with Gonzales an obvious one.

Entitled Some Tracks and set to drop in November, the release sees Gonzales return with a more extensive display of his talents after his two track induction on Berceuse Heroique, laying down five productions that find the producer at his most untamed. Describe by the label as “harsh and abrasive, aching and reflective,” and filled with sounds that “resonate and reverberate against each other in deliberately unpredictable ways,” it represents another high profile marker for the ridiculously prolific Gonzales.

Third Ear will release Some Tracks on 12″ and digital formats on November 8. 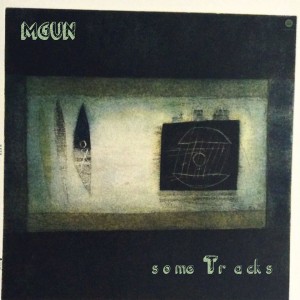