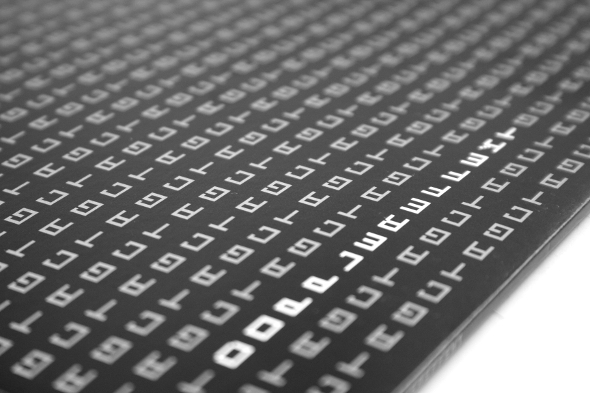 The long-awaited debut LP from Tropic of Cancer and a flurry of Detroit activity headed by exciting newcomer Jay Daniel featured in this week’s best releases.

While last week saw the arrival of the excellent Huerco S LP, this week saw the arrival of something equally as coveted – Restless Idylls, the debut record from Tropic of Cancer. Although it was begun after Camella Lobo’s husband Juan “Silent Servant” Mendez left the project, this LP certainly doesn’t suffer as a result, with Tropic of Cancer’s blend of minimal wave, post punk and industrial coming across as warmer than ever, especially on the masterful “Children Of A Lesser God”.

This week also saw a clutch of equally as worthy albums being released. Seeing a well deserved vinyl issue was the self-titled debut album from The Haxan Cloak. Originally released on CD in 2011, its unsettling combination of neo-classical strings and searing industrial drones is essential listening for fans of the Modern Love canon; similarly bracing was Mika Vainio’s Kilo, which saw the Pan Sonic artist delivering an album of heavy-set polyrhythms that tap into the industrial undercurrent without being too obvious. Lighter in tone was Cupid’s Head, the new album from The Field on Kompakt, which explores a darker, slower pace from previous LPs, but with his fondness for loops still present. Perhaps the most exciting arrival however was the first vinyl edition of Arthur Russell’s posthumous classic Another Thought, with the fledgling Arc Light Editions excelling themselves on their 2LP version with bespoke artwork.

Single of the week went to the Sound Signature debut of the young Detroit producer Jay Daniel, whose Scorpio Rising EP marks him out to be a prodigious talent worth keeping tabs on – imagine the warm techno of Omar S with the raw, percussive snap of Kyle Hall. Omar S himself returned with Nelson County, whose “Don’t Let Dis Be HapNin! sounds like the classic “Psychotic Photosynthesis” witnessed through a haze of smoked glass. Completing the flurry of Detroit activity was Tetrahymena, the return of Dopplereffekt after a six year hiatus on Berlin’s Leisure System label, a record that demonstrated Gerald Donald’s ear for alien frequencies has not diminished.

Julio Bashmore hasn’t had an easy time of it recently following the backlash to his track “Duccy”, but he should be given credit for getting Funkineven onto his Broadwalk label with the excellent Species EP. The centrepiece is the eight-minute “The Joker”, a decidedly raw fusion of jacking 909 drums, interstellar chords and sci-fi melodies that, at one point, brilliantly slows down and speeds up again, “French Kiss”-style. Funkineven also showed up on the second release from Happy Skull, remixing newcomer Adjowa, whose own blend of funk and house on 8 Ball was transformed into an angular piece of MPC wizardry by the Eglo producer. Slotting in alongside these was the latest release from the prolific Archie Pelago, whose Hall Of Human Origins EP for Brooklyn’s Styles Upon Styles label saw them continue to combine breezy funk and jazz influences with house and techno.

Although there were no records from L.I.E.S. this week, their label family put in a strong showing on some other labels; Rush Hour’s intermittent “No Label” series tapped up the analogue supergroup of Torn Hawk, Secret Circuit and Willie Burns for From The Legal Pad Of, a collaborative release of two tracks that mine the post-Balearic, ’80s rock vibe intersection the three do so well. Meanwhile Nik “Bookworms” Dawson appeared as DJ Bookworms on the Spanish label Anomia, who moved from cassettes to vinyl for the Mechanism 12″. Those who have heard the producer’s recent L.I.E.S. release will find a harder techno sound on display here, with the producer’s hardware taken to it limits.