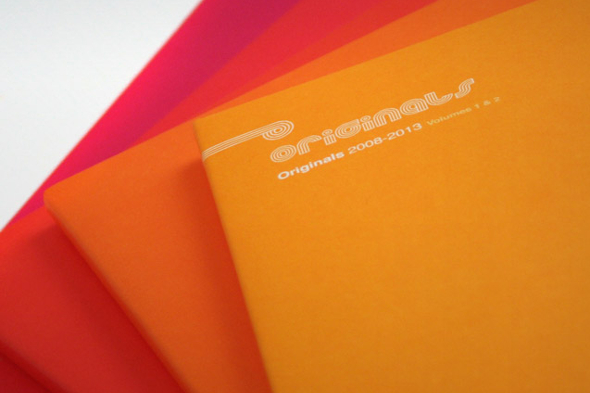 A contender for LP of the year, the final part of an era and plenty of techno made our week.

This week saw the arrival of an album that will undoubtedly be finding itself in many an end of year list come December – Huerco S’ Colonial Patterns (arriving on “virgin vinyl” no less). Although the term “outsider house” persists in hanging around the producer, his debut album on Daniel Lopatin’s Software imprint owes more to Basic Channel than anything else, combining shuffling half-rhythms with expansive soundscapes that recall early Oneohtrix Point Never. Coming a close second in our affections was the Originals 2008-2013 vinyl box set from Claremont 56. Five years in the making, the 20 tracks across five slabs of wax conrtain two tracks from each of the ten Originals CD mixes that came to a close with Alex From Tokyo’s contribution last month. For digging and disco aficionados, the box set is a must.

The “non-stop” L.I.E.S. crew continued to live up to their billing with two releases this week; the swiftly sold-out white label from Svengalisghost and 51717’s Shadowlust project, and the return of Jahiliyya Fields, whose Pleasure Sentence EP saw the producer experiment with more rhythmic forms than on his debut, with the near 15-minute hypnotic techno epic of “Aeon Aeon” particularly absorbing. L.I.E.S. artist Gunnar Haslam also made an appearance on the Argot label this week, with the Bera Range EP continuing to expand on his moody, downtempo sketches with three much more full-bodied productions.

Jamal Moss meanwhile continued to pump out material at an unremitting rate, with three records released this week that guaranteed him an entire paragraph in this week’s edition of TWAJ. First was the Plutionian Love Affair EP on Modelhart under his most well-known Hieroglyphic Being alias, featuring two tracks from the producer’s sizeable vaults, and second was another transmission as The Sun God, with the third track on the Root Frequencies Project on Machining Dreams sounding like Container and Sun Ra jamming in a garbage can. Last but not least was his appearance on a reissue of a track from 90s Estonian underground electonic act Hypnosaurus, remixing the original’s delicate Soviet synths into something much more stern.

Less extreme but no less interesting sounds meanwhile could be found in the return of Bostro Pesopeo to Permanent Vacation on Cheer Up, with the brisk house drums of “The Supreme Court” contrasting nicely with the title track that come across as a less overwhelming version of Todd Terje’s “Inspector Norse”. Absurd Recordings’ excellent Acid Test series also returned with another entry from Tin Man, with the RVDS and Joey Anderson remixes of tracks from the producer’s Neo Neo Acid LP from last year offering some deep counterparts to Tin Man’s playful “Mystical Acid”.

Fans of interstellar sounds at the crossing point between electro, techno and everything else were spoiled for choice this week, as Space Dimension Controller released Correlation, the first in a mooted series of EPs for Clone’s Royal Oak imprint. Those who fondly remember the producer’s Journey To The Core Of The Unknown Sphere on the same label will not be disappointed; the five tracks here find Hamill focusing on a straighter dancefloor approach than the conceptual themes of his Welcome To Mikrosektor-50 album. The sixth R Zone release meanwhile saw an array of thick analogue sounds with echoes of classic hardcore from another figure working incognito, while the underrated Signals label returned with a self-titled record from Black Narcissus X. Described as “a clandestine and sometime Rephlex UK producer,” the six-track mini LP veers through the crawl space between Drexciyan theme-tunes and the more playful scope of electro you might hear on Dublin label Lunar Disko Records.

The techno axis were in typically stern form this week, as releases brushed up against each other from veterans and newcomers alike. Top of the list was Ampere & Ohm, the first collaborative release from Perc and Adam X on their AX&P operation, which sees the Sonic Groove boss align with Perc for a series of intermittent studio collaborations. As expected, the results are as tough as they come, with lead track “Coulomb” a throbbing mass of tunnelling, weighty techno with sparse percussion snapping away sadistically as proceedings rumble menacingly forth. At the opposite end of the scale was An Assembly, the debut of Positive Centre on Sigha’s Our Circula Sound label, a record which takes its cues from the likes of Andy Stott, Samuel Kerridge, Fishermen and other exploring slower tempos in techno.

Out in the more industrial and experimental fringes was the latest release from Avian’s Mira sub label, with Repulsion providing the full debut of The KVB member Nicholas Wood’s Burma Camp project, a record which finds him sinking deep into the realm of droning industrial delay across three experimental excursions with the influence of Downward boss Regis apparent throughout. Similarly distorted was the second round of Violetshaped remixes from Keith Fullerton Whitman, JK Flesh and Raster-Noton’s Grischa Lichtenberger all contributing, reworking the searing originals into something even more alien. Finally, on a synthpop tip was the debut EP of Facit on Minimal Wave’s Cititrax imprint, with the Mat At Duvorna EP described by the label as “quintessential melancholic Swedish wave at its finest,” and providing a sound that most resembles a modern day version of French synthwave duo Deux.