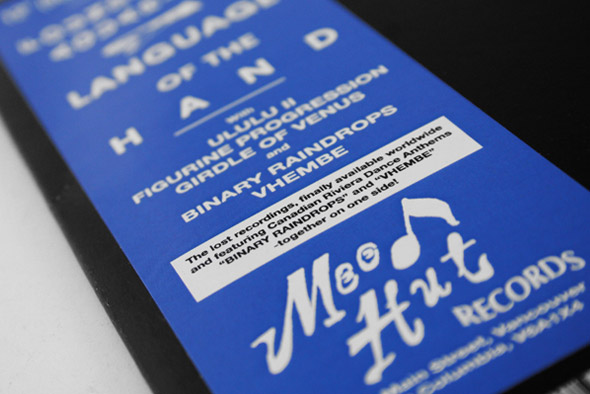 As we head towards the last few months of the year, it’s inevitable that the number of albums being released will start to overwhelm, and this week saw a number of strong LPs vying for attention. Perhaps the biggest was Beautiful Rewind, the new album from Four Tet. Given that his last LP, 0181, was comprised of material from the Hebden’s archives, and last year’s Pink was largely compiled of tracks from the previous 18 months of 12″ releases, it seems fair to say that Beautiful Rewind is his first proper album since 2010′s There Is Love In You. Similarly anticipated was Vapor City, the conceptual album from Machinedrum; those who were fans of Room(s) won’t be disappointed, with the album having the same blend of frenetic footwork-inspired rhythms with a healthy dose of jungle to boot.

Warp meanwhile released one of their strongest LPs for some time in the form of R Plus Seven, the latest album from Oneohtrix Point Never. Sounding quite unlike any of his other records, it largely eschews the arpeggiated drones of his early work and sample-based collages of his last album for something much more vivid, coming across like a combination of the emotive minimalism of Terry Riley and Steve Reich, and the hyperreality of James Ferraro’s Far Side Virtual. Vehemently occupying the dancefloor on the other hand was Soul Music, the debut album from Paul Woolford’s Special Request project on Houndstooth. Those who have been following the 12″ releases since early last year will know how vital Woolford’s exploration of pirate radio and jungle has been, and the album is about as close as you’ll get to unadulterated dancefloor bliss without leaving your home in 2013. Those looking for something a little more loose should check Within These Machines, the latest album from LA-based beatsmith Gifted & Blessed, which constructs a rich array of sounds from his analogue hardware.

This week also saw a double helping of Will Bankhead-related fare, with both his Trilogy Tapes label and Hinge Finger imprint he runs with Joy Orbison releasing some long-awaited records. On TTT was the Deadly Structures collaboration between DJ Spider and Marshallito, whose work together on subBASS Sound System has provided some of the stickiest yet still darkly melodic off-centre house excursions in recent times; this EP is no different, with their bristling, bubbling brand of house and techno moving in strange and alien ways. Similarly idiosyncratic was After The Job, the new excursion from Kassem Mosse collaborator Mix Mup on Hinge Finger. It’s a fine overview of the producer’s rich talents, with the roughshod electro throb of “Copa Jams”, fractured rhythms of “doomed” and delicate “Bungalow” all showing distinct sides to his musical personality. Along similar lines was an EP of tracks from the vaults of Move D which saw release on Jordan “Jordash” Czamanski’s Off Minor Recordings; The KM20 Tapes, recorded between 1992 and 1996 feel all too appropriate for contemporary analysis, drawing on a smudged and improvised approach to analogue electronics that would pique the interest of fans of L.I.E.S. and The Trilogy Tapes.

A new release from the excellent Crème Organization is always something to be excited about, even more so when the artist in question is a label newcomer. Brandishing a humorous disclaimer that Innershades’s “Nina At The Boiler Room” is “not endorsed by Boiler Room TV”, the No Stopping EP is some typically unabashed club fare from the Dutch label; the track in question’s heaving rhythmic chug is given extra force with the air raid sirens that drift in at the mid way point, though the dubbier tones of the title track and stripped back jack of “The Future” are equally as good. Going deeper was the latest from Aquarian Foundation on Vancouver’s Mood Hut, with the warm, new age house music of Language of the Hand perhaps even better than that release on Going Good a few months back. Joining these were the second Acid Arab volume from Versatile, with Legowelt, DJ Gregory, Professor Genius, DJ Gilb’R and the Acid Arab pairing of Guido Minisky and Herve Carvalho combining strains of traditional Eastern music with contemporary electronic sounds.

In the world of more abstract club music, there were some string contenders for the week’s most intriguing release. Jam City returned to Night Slugs for the sixth installment of its Club Constructions series; as you’d expect it’s some of the producer’s most club-ready tackle to date, with “The Raven” particularly providing an enjoyably head-banging blend of metallic percussion. Peverelist’s Punch Drunk label also returned with a 12″ revisiting Bass Clef’s “Stenaline Metranil Solar Flare” track from his Reeling Skullways album; both Bass Clef himself and Pev contribute their own remixes, with the former’s modular setup working overtime across its restless bassline and otherworldly sonic textures, and the latter’s remix transforming it into a patient Bristol house jam in the style of his dubbed out collaboration with Hodge earlier this year. Finally there was Throughways, the new single from London producer Shape Worship, whose blend of rusty broken beat rhythms, woozy radiophonic synth textures and generous helping of sonic grit on Gang Of Ducks saw clear progression from the EP he released on Exotic Pylon earlier this year.

Techno saw it a host of interesting producers delivering some fine records this week, with A Made Up Sound making a welcome return with After Hours on his own label. The producer has always been inclined to make music that sounds like sonic weaponry, but these two tracks are some of his most explosive yet; the title track offers some sombre, alien rhythmic soundscapes, while “What Preset” sounds like a full scale Berghain-based fracking operation gone wrong –  never has the producer’s moniker been more apt. On a similar tip was the new EP from Answer Code Request; occupying a similar sonic ground to AMUS, the Crack City EP takes the early hardcore he’s obviously so fond of and filters it through a lens of contemporary abstraction; see the winding junglist bassline of the title track for proof of that. More hardcore action could be found in Shed’s latest for 50 Weapons, but it was Low Jack’s Flashes for In Paradisum that provided some of this week’s most unusual techno, combining the sluggish tempos of Andy Stott with decayed industrial sonics thrown into a blender and tied back together with spring reverb. In comparison to his previous releases, it’s quite the progression for the promising French producer.