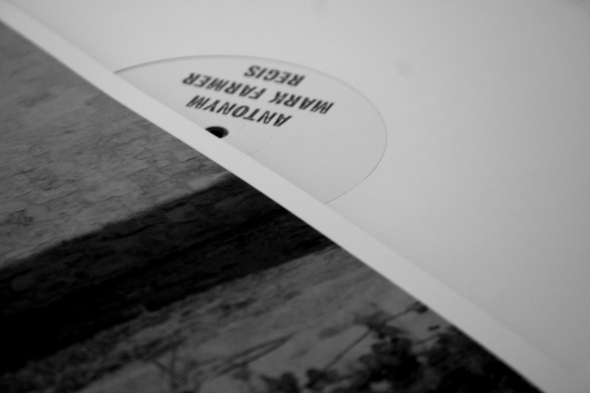 It seems strange that Downwards is marking its 20th year in existence at all. It’s like finding out that Sandwell District is putting out a greatest hits or discovering that Now That’s What I Call Sahko is due for release. After all, Karl O’Connor’s label was always uncompromising and, unlike other underground techno labels, never turned this attribute into a marketing tool. So, if we can suspend disbelief at the compilation being released, how does the Birmingham label mark twenty years?

It probably comes as no surprise that there is no real plan, nothing even remotely approaching a narrative. This is how Downwards started 20 years ago, and it seems like this is how it will continue. The compilation collects tracks from the present and the past with brand new material from Samuel Kerridge and OAKE sitting beside compositions like the sleazy, stripped back techno of Antonym’s “Consumer Device” from 1992. What becomes abundantly clear straight away though is that none of the older material has aged.

Antonym’s aforementioned contribution, the understated electronics of “None of This” by Mark Farmer from 1993 and the brooding, atmospheric sound scape of Anthony Child’s “Over Napoli” (originally released in 1998 on the Slut Smalls label) are exactly the kind of freaked out experimentation so many contemporary producers strive for. Meanwhile, the pummelling broken beats of Mick Harris’ “Untitled” as Fret knock seven shades of shit out of the quasi-industrial, doomy techno doing the rounds.

The other notable thing about the curiously named Halha is that the label has managed to remain relevant. This is a massive issue for any label that has been around for so long, but O’Connor has achieved this by opening up a US ‘division’ curated by Juan ‘Silent Servant’ Mendez, and by bringing new artists on board. This compilation also highlights links between Downwards and other talents; Substance delivers a jittery remix of Regis “Cold Water”, the metallic rhythm as cutting as a plate of broken glass, while Sleeparchive is recruited to lend “Unabridged Truth” from the Concrete Fence combination of O’Connor as Russell Haswell a muddy, pummelling rhythm and pinprick tones.

Perhaps the compilation’s greatest achievement however is music by new artists. OAKE’s “Tenoun Rah Zan” marries slamming beats and a stepping rhythm and eerie Middle Eastern chants, while Kerridge’s “A Shadow Cast” is a formidable composition. It starts with glitchy percussion and rhythms before the UK producer envelopes them in a dark atmospheric cloak, as ominous as night falling in a vampire flick. O’Connor will probably hate me for saying this, but Halh shows that Downwards remains a peerless techno institution.