Win Mark Fell vinyl and tickets to Colony vs The Quietus 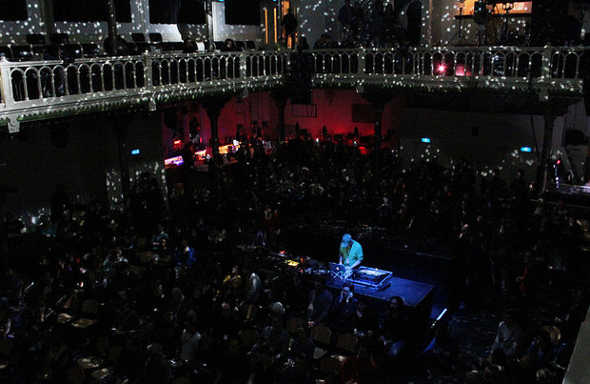 Win tickets to Colony and The Quietus’ party on Friday September 27 with Mark Fell, Factory Floor’s Dom Butler, TVO and Beneath, as well as a copy of Fell’s Liberation Technologies 12-inch.

Few parties in London at the moment rival the ability shown by the Colony crew in organising eclectic line-ups geared toward the rougher end of techno, bass and experimental music. So far this year Colony have hosted a impressive handful of events scattered across London, booking acts like Perc, Truss, James Ruskin, Svreca and Ø [Phase], to Untold, Radioactive Man and Kowton to name but a few (don’t miss this either). Known to regularly collaborate with other parties such as Plex, Colony have this time hooked up with fellow scribes The Quietus to present a live performance of Mark Fell’s Sensate Focus project with added live support from Dom Butler of Factory Floor.

Joining them at Hackney Wick’s The Hive Project will be another live set from Broken 20 co-founder TVO, who is no stranger to a Colony shindig, while British producer Beneath – whose releases for Keysound and Tectonic have provided some of the most interesting bass-focused music of recent times – adds extra weight to the September 27 bill. As usual Colony and Quietus DJs will be in full support, with Rory Gibb’s entry into the Colony mix series offering a taste of what sounds to expect from the night in the mix below featuring music from Beneath, Emptyset, Pearson Sound, Livity Sound and OPN among others.

To be in with a chance to just answer the following question – entries will stay open until 2pm, Thursday September 26, with the winning entrant notified via email shortly afterwards. 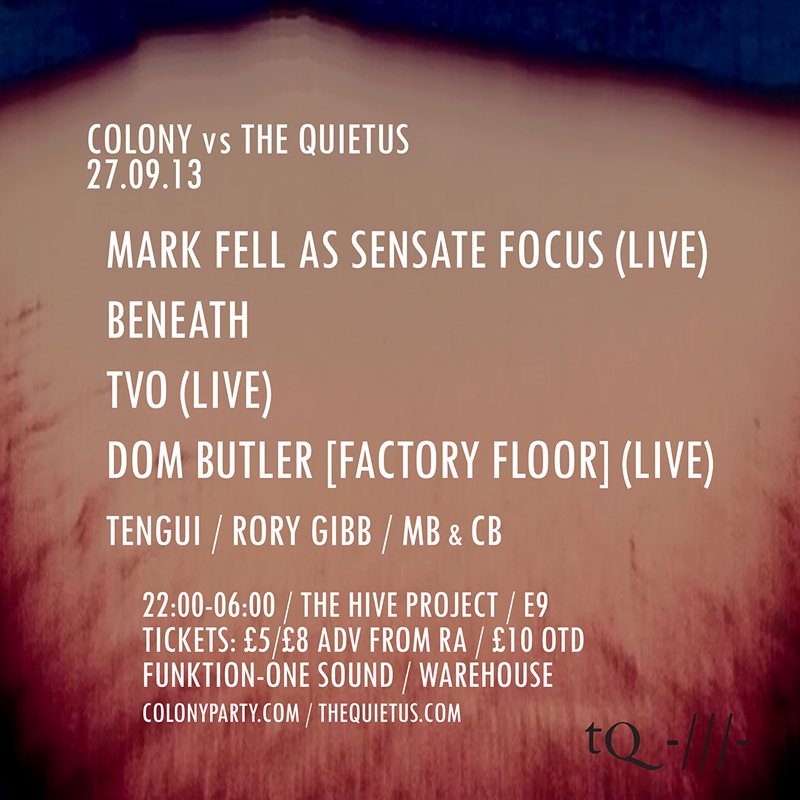