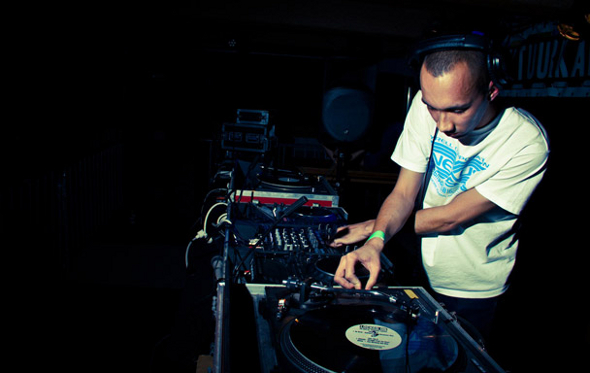 Pev and Asusu team up for the label’s next release on two screwed-up techno tracks of the Bristol persuasion.

Already hinted at with the announcement of the trio’s debut album, the next Livity Sound 12-inch will see Kowton take a back seat with a pair of collaborations between Peverelist and Asusu (pictured above). Although Pev and Kowton have worked extensively together, this release marks the first time Asusu has done work outside of the solo realm.

Available to sample in truncated form below, the tracks show two very distinct sides to the pairing, with “Remnants” typical of the measured dub-leaning approach both have taken with their recent solo material, and the significantly more surprising “Surge”, which sounds like what you might get if Throbbing Gristle created the score for an 80s sci-fi movie. Both will be released on 12-inch on October 14, and will also feature on the Livity Sound CD album, available a week later on October 21.